Dagga 'bushmaster' on a high as 3.8m plant blossoms in wife's veggie patch 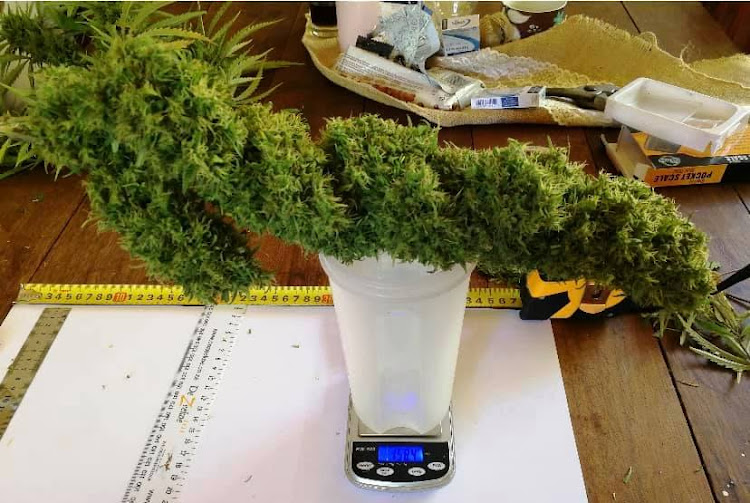 Horse manure can help you get high. This came to light after Trevor Rossouw won South Africa’s first competition for the largest marijuana plant on Wednesday.

Rossouw, from East London, said he knew horse poo was good for his wife’s veggies but he had no idea hat it would be even better for his dagga. 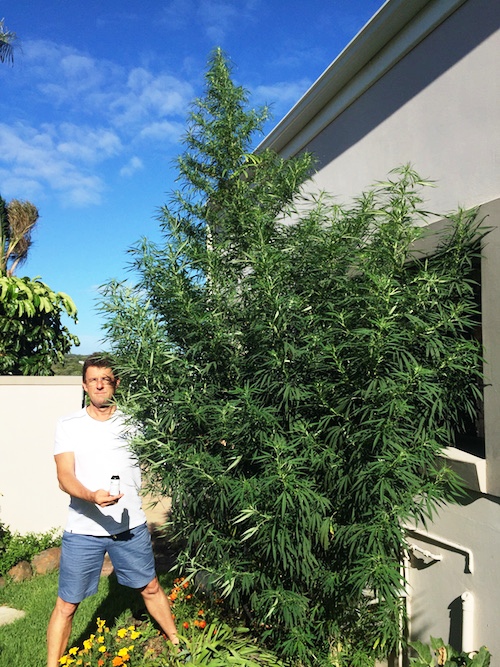 The massive bush next to his house is 3.8m tall - big enough to make him SA's first dagga "bushmaster” in a competition launched by enOrmus Bud last year as a platform for its cannabis-growing kits.

“I dug the plant out of a friend’s garden in Elliot when it was about 10cm in October 2018. Builders had discarded some seeds while working on renovations," said Rossouw.

"I transplanted it to my wife’s veggie garden in East London. She uses only horse manure and homegrown compost - and her veggies are huge and superb.

"I added EnOrmus Bud three times to the soil - in December, January and February - and [the plant] started budding mid-February,” said Rossouw.

Fellow grower Verdon Bence, from Outdshoorn, was named SA's first "budmaster” for a 158g bud that he harvested from his own 3m plant.

“It was grown outdoor with a lot of love and patience. This lady was part of a couple of other trees but she just took off and I could see she was a performer. I decided to replant her at the height of 2m, straight into the ground. That was when she really started to go crazy,” he said. 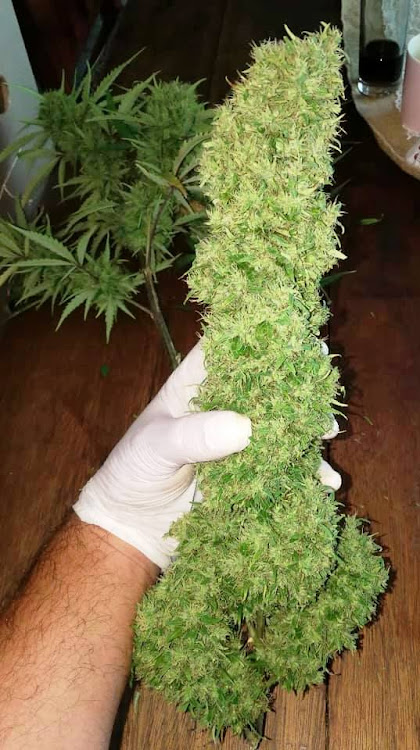 Rossouw said he believed that legalising cannabis would have a positive impact on the economy.

“The legalised growing of hemp and marijuana by small-scale rural growers to supply medical, clothing and building industries could create tens of thousands of much-needed jobs. The Eastern Cape and KwaZulu-Natal have the ideal climate and high rural unemployment,” he said.

The competition was hosted by TransfOrmus, the company that manufactures enOrmus Bud, a concentrated microbial food for soil and plants.

“The budmaster was selected as the most appealing big bud, taking size and weight into account. There were longer buds, but they were not as thick or heavy as the winning entry," he said.

Searll said next year’s competition will include categories such as indoor versus outdoor, seniors, biggest tree and possibly a much requested "smokability" contest.

Let's not be dopey about cannabis: it has huge potential to fire up the Eastern Cape economy

Remarks I made recently about the need for our province to benefit from the cannabis economy not only brought things out of the bunker but showed how ...
Opinion & Analysis
3 years ago

SA's first commercial cannabis shop is across the road from Cape Town Central police station. And instead of harassing customers of the Goodleaf ...
News
3 years ago

Mbuso has been growing cannabis for 14 years. He lives and tends the illicit crop in Swaziland, which is now known officially as Eswatini.
News
3 years ago