No power, pipes or boreholes as towns lose R1.6bn invested in VBS 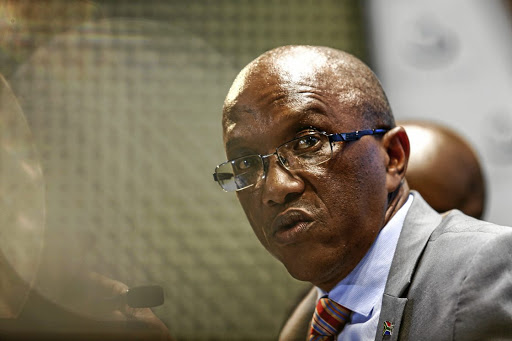 Audior-general Kimi Makwetu said on Wednesday that more than R1.6bn of the R2bn invested by municipalities into VBS Mutual Bank cannot be recovered. This meant residents would lose out on infrastructure and services.
Image: MOELETSI MABE

More than R1.6bn of the R2bn invested by municipalities into VBS Mutual Bank cannot be recovered.

This was the shock revelation from auditor-general Kimi Makwetu on Wednesday. He was reporting on the audit outcomes of municipalities for the 2017/2018 financial year.

Makwetu has described the non-recovery of public funds invested in VBS as a classic example of the "impact of deteriorating accountability" in municipalities.

Sixteen municipalities from Gauteng, the North West and Limpopo invested between 2016 and 2018 in the controversial mutual bank, which has since gone bust. As a result, said Makwetu, money could not be recovered from the bank.

Fourteen of the municipalities are now unable to pay creditors, maintain infrastructure or deliver services to their residents.

"In spite of such investments not being permitted, 16 municipalities invested money with VBS mutual bank in the 2016-17 and 2017-18 financial years. Two of the municipalities managed to withdraw their funds in time, but the remaining 14 municipalities lost their investments and have disclosed impairments - meaning that they wrote off these investments, totalling R1.6bn, in their financial statements for the current year," said Makwetu.

The bulk of the loss (72%) involved investments made by eight municipalities in Limpopo. Four municipalities suffered losses in North West and two in Gauteng.

Of the lost amount that could not be recovered, 32% was from municipal grants related to infrastructure development.

In Fetakgomo Tubatse, the municipality could not electrify certain villages as initially planned due to the VBS investment losses, while the Vhembe district council was unable to repair water pipes and boreholes.

Makwetu said the VBS losses would continue to be felt in affected municipalities for years to come, as some money was allocated for long-term projects.

He noted that Limpopo municipalities were also the biggest culprits in over-reliance on consultants, spending a staggering R177m on consultancy fees in the 2017/18 financial year.

"We think that there is something that needs to be said about the role of leadership in monitoring this kind of expenditure, because it is in addition to people who are employed but do not have adequate training to perform their responsibilities," he said.

In Limpopo, the AG also found not a single municipality was able to fully comply with legislation governing public finances, with the province's total irregular expenditure amounting to R1.6bn.

The liquidators of VBS Mutual Bank are suing Brian Shivambu, the brother of EFF deputy president Floyd Shivambu, and his company, Sgameka Projects, ...
News
2 years ago

The West Rand District Municipality (WRDM) municipal workers were not paid their salaries on Monday due to a “technical glitch”.
News
2 years ago