Cape Flats violence 'at worst ever' with 1,600 murdered already this year 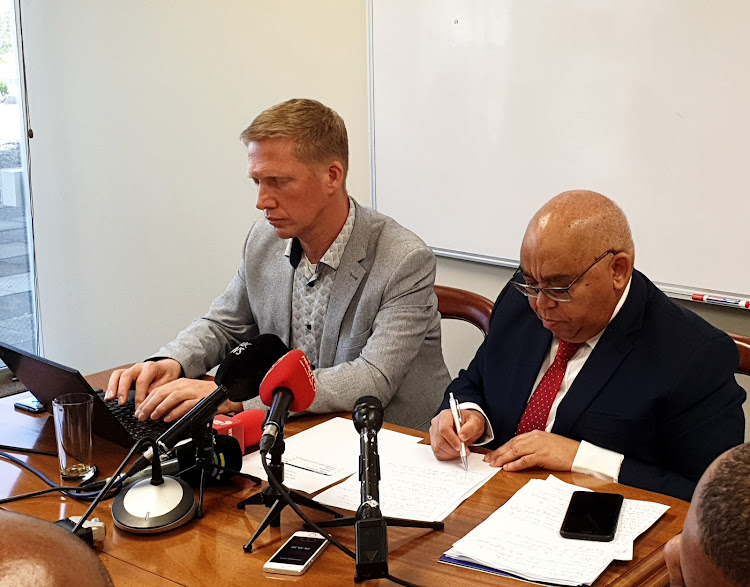 So far this year, 900 people have been murdered in gang violence on the Cape Flats, bringing the total number of murders in the area to 1,600.

This, said Western Cape community safety MEC Albert Fritz, made it the worst year in history. He said the figures are based on mortuary statistics between January and June.

The crisis has prompted an urgent meeting between acting Western Cape police commissioner Maj-Gen MM Manci, SAPS officials, metro police and the provincial government. The meeting was held on Thursday morning, where the surge in gang violence in the province over the past two months was discussed.

Fritz said the "good spirited" meeting was positive and that stakeholders had discussed how they could create solutions to the crime wave through collaborative efforts.

"There's no time at this point to fight with each other," he said.

Police minister Bheki Cele looked worn down on Wednesday when he visited the family of 34-year-old Sgt Donovan Prins, the police officer who was ...
News
2 years ago

"I call it a crisis. After the election we've seen this huge spike in gang violence on the Cape Flats in the past two months. We've also seen violence emerging in rural areas," he added, referring to robberies and killings on farms in the province.

The city’s mayoral committee member for safety and security, JP Smith, and Fritz outlined the scope of the violence and its stifling impact on the province's efforts to address other social issues in some of the country's poorest communities.

This week, the Lavender Hill community has been terrorised by shootings, and a 34-year-old police officer was killed on Monday night after pursuing five suspects.

"This year's figures are around double that of last year's," said Smith. "It can't be business as usual; this is crisis stations."

He said violence in the ganglands is the root of other socio-economic issues, such as service delivery and the running of schools and clinics.

Smith said the meeting had discussed some of the issues surrounding the police,  correctional services and community safety forums, pledging to commit more officers to the field and increase the amount of CCTV surveillance available to crime-stoppers.

"Metro police's tactical response unit is being increased by 47 members, so that we can work around the clock and work in more communities simultaneously. We have increased our overtime budgets to allow our staff to make more of an impact in terms of the available hours we can put them in the field," he said.

Community safety MEC Albert Fritz says Western Cape residents are living in a “war zone” after 14 people were murdered on the Cape Flats in the last ...
News
2 years ago

Smith outlined some of the issues with the SAPS and correctional services, saying the amount of parolees being released back into society, as well as the dropping of cases against alleged gangsters, was "troubling".

"The priority committee that meets to discuss gang violence is not functioning," he admitted.

"It's essential that we oppose bail of gangsters more effectively. The issue of releasing parolees without consulting the communities is wrong. A whole lot of people have been released on parole.

"Most gang-related crimes are planned in prison. They all have cellphones. You can block certain areas from receiving cell coverage, so why can't we do that with our prisons?

"We are alarmed by the amount of illegal firearms we are seeing, including firearms that have been returned to SAPS and are reappearing in the hands of gangsters," he said.

Smith was unable to provide answers as to why crime had spiked so severely, after having been on a gentle decline for the past year since the anti-gang unit was established.

Fritz said some short-term interventions have been planned.

"The police will immediately improve the link between technology and policing. Regular meetings between metro police and SAPS must be reinstituted; we can't play political games," he said.

He also suggested establishing "ammunition registers" that could allow police access to a centralised database that could track the sale of ammunition.

Fritz said they will continue to roll out youth programmes in affected communities in the hope that they can prevent young people from turning to crime out of desperation.

A police officer responding to intense gang violence in Cape Town was killed on Monday night in a shootout with suspects.
News
2 years ago

Patricia Swartz wants better policing - although it's too late now for her daughter Berenice and grandson Herchelle, who both died in gang violence ...
Politics
2 years ago