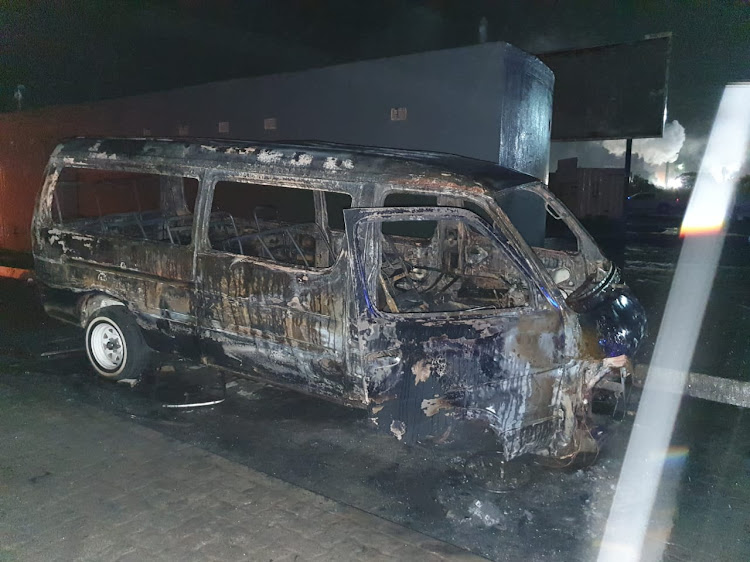 One of the taxis which was burnt out at the Mandeni taxi rank on Monday night.
Image: Dylan Meyrick

The incident took place at Mandeni, north of Durban, and was apparently between rival taxi security companies.

According to IPSS Medical Rescue, no injuries were reported.

Police were not immediately available for comment on Monday night.

There were unconfirmed reports on Tuesday morning that the rank had been closed in the wake of the shooting.

The government's proposed draft amendments to the Private Security Industry Regulation Act of 2001 aim to disarm private security companies of ...
News
2 years ago

The Pietermaritzburg High Court has lifted a ban imposed by KwaZulu-Natal transport and community safety MEC Mxolisi Kaunda on the Klipriver Taxi ...
News
2 years ago