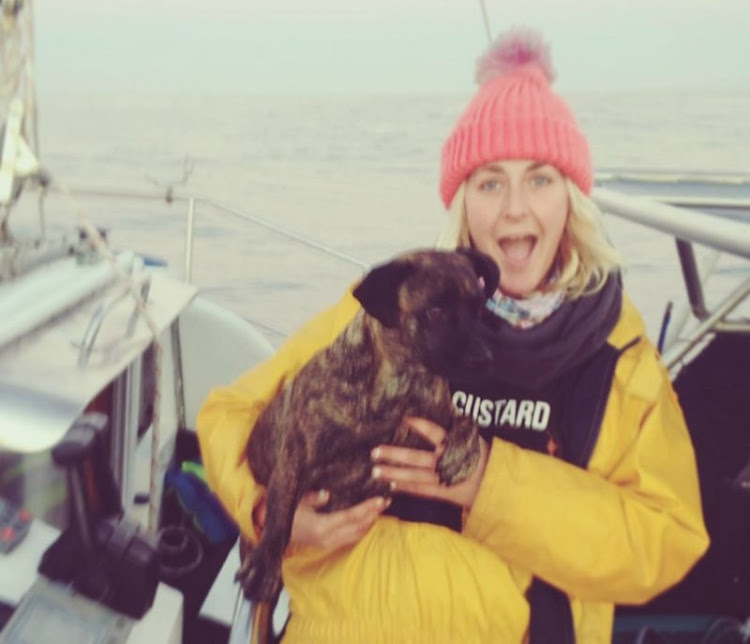 The British woman who drowned after a storm lashed the catamaran she was sailing on off the SA east coast on Monday was on a research expedition.

UK media have identified her as 34-year-old eco-entrepreneur Sara King, who was researching ocean plastic, accompanied by her partner, James Elsworth, his friend, Jason Baker, and their dog, Dax.

It is believed King, co-founder of Evolve Abroad, an academy that facilitated training and placement overseas for young people, become trapped in the sinking vessel.

King and her crew set sail for Madagascar from East London on Friday.

That day, she posted to Facebook: "Off we go to Madagascar! ⁠Our crew sets sail on our Research Vessel today from South Africa to South-West Madagascar where we start our next part of our scientific research on microplastics with Dr Nel from the University of Birmingham. Follow us as we document and research the extent of marine litter along our entire passage, oh and with our boat dog in tow and foulies at the ready!"

On Tuesday, the National Sea Rescue Institute (NSRI) released a statement detailing the tragedy that unfolded while King and her crew were at sea.

Rescuers managed to save Elsworth, Baker and Dax.

King, however, could not be revived despite efforts by the team.

A British woman died at sea after the yacht she was sailing on with her partner, another crewman and a dog started taking on water along the east ...
News
2 years ago

Surfer's hair almost leads to her drowning in the Eastern Cape

A surfer almost drowned on Thursday afternoon in the Eastern Cape after her hair got caught up in her surfboard leash.
News
2 years ago

Northern Cape police urged parents and guardians to keep a close eye on children during school holidays - and beyond.
News
2 years ago