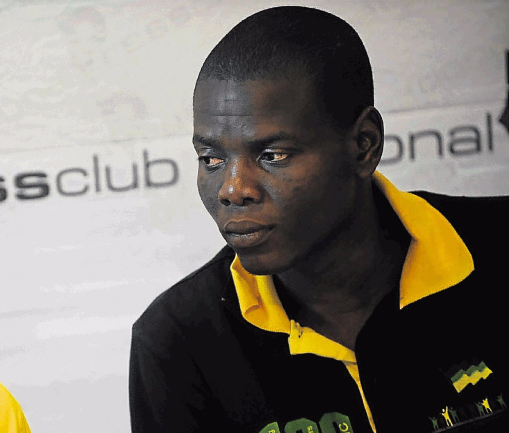 Newly appointed justice and correctional services minister Ronald Lamola may have a solution to his cabinet colleagues' decor headaches.

Lamola, who is the political head responsible for SA's prisons, wants his colleagues to furnish their offices and ministerial homes with furniture manufactured by prison inmates.

Lamola was talking about the importance of inmates acquiring skills that could be useful in life after prison. He said the rehabilitation programme in correctional facilities was going to be the focal point of his work so that inmates see being in prison “as something like being in boarding school where they exit with a skill”.

Lamola said prisoners were not only cooking their own meals, but were involved in farming, including dairy and furniture production.

The furniture could also be used for some of the country's furniture needs while it created a skills base for inmates.

Lamola revealed that he was shocked when he learned that prisoners manufacture furniture.

“I engaged my colleagues in cabinet, saying I think we can help you across the country with furniture and this can enable us to play a role,” he said.

Meanwhile, the transition from Bosasa to self-catering in the 26 prisons previously catered for by the controversial company was seamless, according to the minister.

“It could have created a huge logistical nightmare, but in six weeks the department had been able to in-source the service and was able to do it on its own. As a result, we believe that the department can do many other things on their own, like the production of inmates' uniforms and the manufacturing of furniture,” he said.

The farming, production of dairy products and baking by inmates was not enough - however, the department, in conjunction with the National Treasury, procures perishable and non-perishable goods from women and youth-owned small enterprises.

“We are currently in the process of procuring perishable and non-perishables for the next 11 to 12 months. That process should be finalised at the end of this month where we are looking at local suppliers to provide support to the department,” added correctional services commissioner Arthur Fraser.

He said the department would be rolling out the “in-sourcing of all nutrition services” to other prisons in February 2020.

Lamola's predecessor, Michael Masutha, announced in February this year government's intentions to cut ties with Bosasa. This followed revelations in the Zondo commission of inquiry of how Bosasa bribed the department's officials and in turn received tenders to provide multibillion-rand services to prisons.

At the time Masutha said the population of offenders that was being fed via Bosasa stood at 46,434 inmates in 26 prisons.

Prisons are scrambling to comply with a Constitutional Court ruling that makes prisoners serving life and long-term sentences suddenly eligible for ...
News
3 years ago

5000 chickens, dozens of pigs stolen from inside prison grounds

Eastern Cape correctional services staff are under investigation for the theft of 5,000 chickens and dozens of pigs from farms situated inside two ...
News
3 years ago

The Democratic Alliance on Sunday welcomed an investigation into two videos showing inmates of the Durban Westville Prison openly doing drugs and ...
Politics
3 years ago