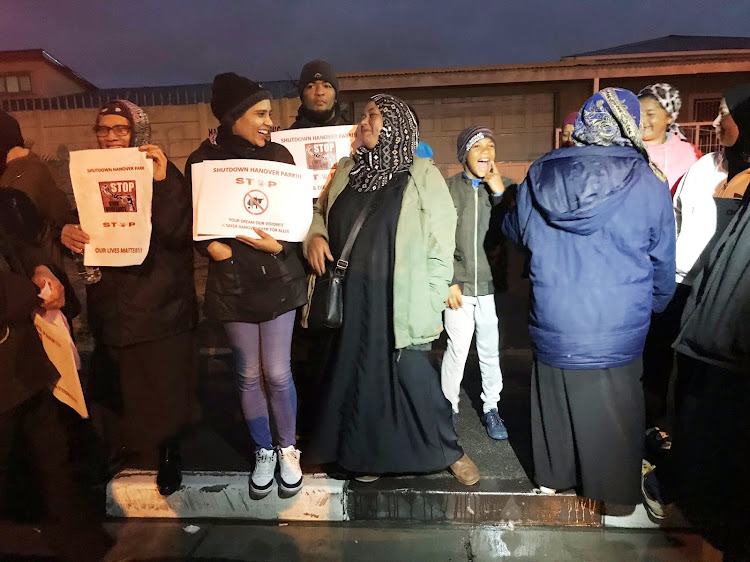 Some of the Hanover Park residents who staged a peaceful protest early on July 3 2019 to call for an end to gang killings in their Cape Town suburb.
Image: GroundUp/Ashraf Hendricks

About 70 people gathered on the streets of one of Cape Town's most notorious gang suburbs before dawn on Wednesday to call for an end to bloodshed.

The murder rate in Cape Town was running at a record rate in the first four months of the year, and is believed to have increased even further since the elections.

A flyer asked residents to support Wednesday's attempt to shut down Hanover Park. Police were monitoring the protest and some streets were closed.

Hanover Park was the scene of President Cyril Ramaphosa's launch of the police anti-gang unit on November 2 2018.

But the unit failed to stem gang violence and last week police minister Bheki Cele announced that the unit would be moved from provincial to national control and widen its geographical focus.

#Shutdown Hanover Park on the Cape Flats because of the killings, gangsterism and drugs in the area. @SundayTimesZA @TimesLIVE pic.twitter.com/GHEPlUgOaW 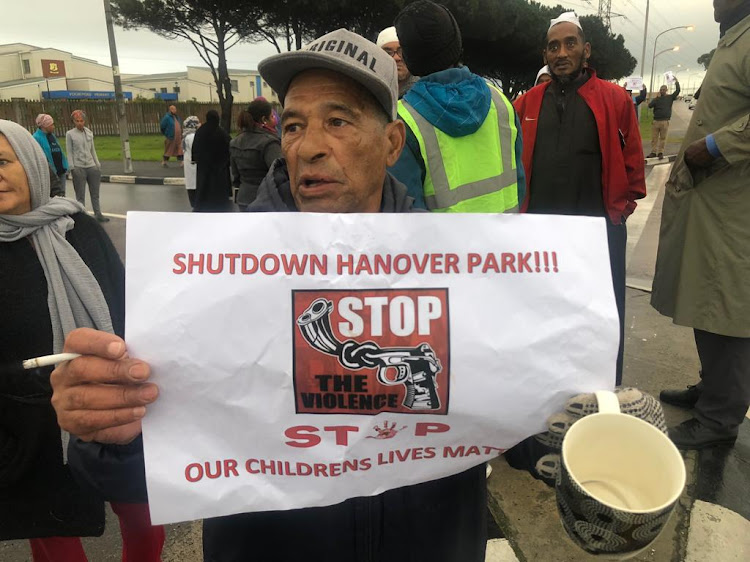 In a statement on Wednesday, community safety MEC Albert Fritz said that after a month in the job he believed it was possible to "drastically reduce the influence of gang criminality".

He repeated provincial DA leaders' calls for soldiers on the streets, "not for purposes of cheap political point-scoring, but because the first responsibility of the state is to provide the conditions for the safety of its citizens".

Fritz added: "The deployment of the army as a peacekeeping force on the Cape Flats would free up police to do investigative work that will help put syndicates, gang leaders, drug dealers and murderers who terrorise our people daily behind bars.

"The argument that the SANDF are not trained to fight crime is simply a red herring."

As the murder rate in the Mother City spirals, it has emerged that a botched attempt to set up a police squad to rein in murderous gangs has ...
News
3 years ago

Heavily armed men dressed in fatigues and balaclavas formed one of several security cordons around President Cyril Ramaphosa when he arrived in ...
Opinion & Analysis
3 years ago

Police minister Bheki Cele looked worn down on Wednesday when he visited the family of 34-year-old Sgt Donovan Prins, the police officer who was ...
News
3 years ago

Gangs down weapons as thousands gather to break fast in Manenberg

More than 2,000 people came together to break their fast in the heart of Cape Town’s ganglands on Sunday night, as Muslims and multi-faith ...
News
3 years ago