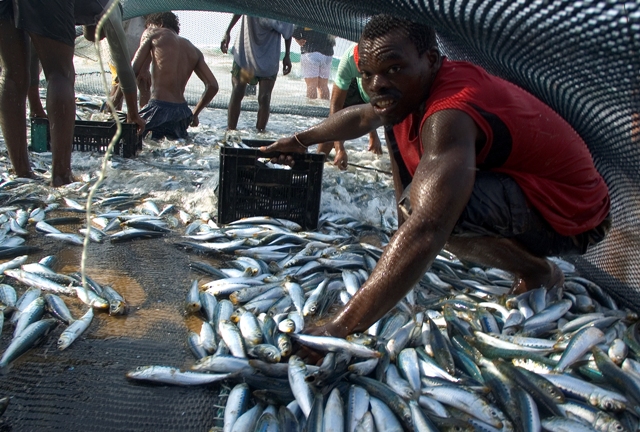 Sardines were netted in Hibberdene on Thursday morning
Image: supplied

Sardines were netted at Hibberdene on the KwaZulu-Natal south coast on Thursday morning.

Pockets of fish that are unpredictable "and very capable of doing disappearing acts overnight" were travelling between Port Edward and Hibberdene.

"I have just heard that there is now sardine activity all the way down to Port Edward this morning and sardines have just been netted at Hibberdene," KZN Sharks Board acting head of operations Greg Thompson said.

Each winter‚ most often in June or July‚ millions of the silvery sardines leave the cold waters off Cape Point and make their way up the coast to KZN.

And each year‚ holiday-makers flock to the province to catch a glimpse of the spectacle – which is dubbed the Greatest Shoal on Earth – and includes sharks‚ birds and dolphins in a feeding frenzy as they prey on the sardines.

There was an increase in sardine-related activity between Bazely and Amanzimtoti over the past few days.

"Yesterday morning it was reported that from first light, shoals of sardines started rising to the surface about 1km offshore and this activity stretched from Kelso through to Umdoni Point which is about 5km."

"There were scattered shoals inshore as well but these shoals looked thin on the surface. Sharks were seen jumping in among the offshore shoals and there were 40-50 Cape Gannets diving in this area. At one stage yellowfin tuna were seen smashing through some of the inshore shoals," Thompson said.

There were numerous unsuccessful netting attempts at Pennington, Scottburgh, Illovo and Winklespruit. 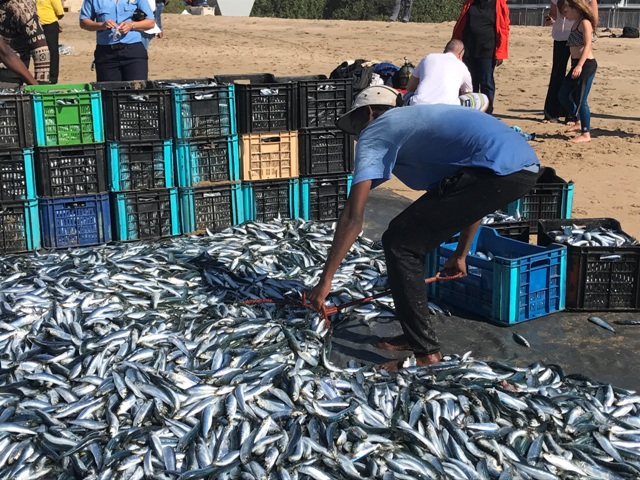 "There were two confirmed nettings at Amanzimtoti. The two nets consisted of around 15 crates and 250 crates. It was also reported that there was quite a lot of gamefish activity with the sardines in this area."

"Yesterday afternoon just before sunset, the pockets of sardines had moved right into the backline at Scottburgh so hopefully today is going to be busy. The weather is due to change tomorrow morning with a fresh South Westerly predicted so make sure you take advantage of any action today," Thompson said.

Bathing between Isipingo and Port Edward has been banned due to the sardine run.

"If you are unsure about the bathing status please make sure you chat to the lifeguards before entering the water," Thompson said.

Crates of sardines that were netted in Amanzimtoti on Saturday and Sunday sold for R1,500 each
News
2 years ago

Set your braais, ready your frying pans, the sardines are coming

Get your frying pans ready, the sardines are making a run for it.
News
2 years ago