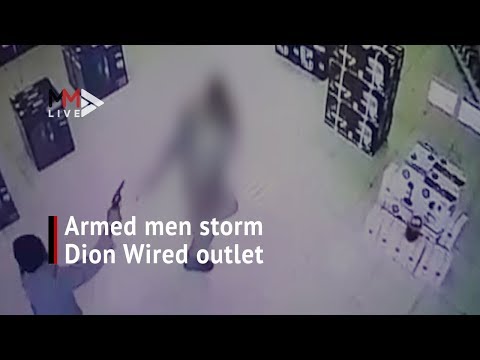 While the gang rob the Dion Wired outlet, two of the men ambush the guard, shooting him and then stealing his gun.

The robbers are then seen exiting the store with many items of stolen electronics.

Customers in the store were also robbed of their cellphones and jewellery.

Police have launched a manhunt for the robbers.