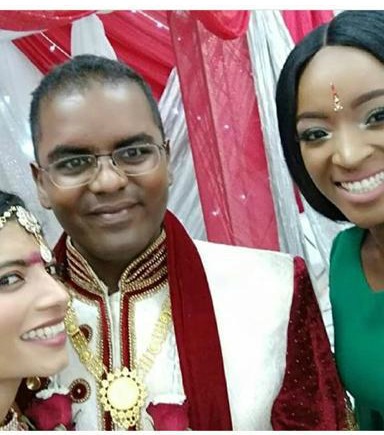 A 29-year-old Durban man was arrested after the body of a woman, who was known to him, was found in the bedroom of her flat.

Former primary school teacher, Devashnee Doorasamy, 30, was found by police in her 9th Avenue flat in Morningside on Friday.

Two years ago the petite teacher married her husband Megan Doorasamy on the SABC3 reality TV wedding show Married in a Flash - where couples who have been in a long-term relationship or engaged are given three days and a budget of R75,000 to creatively plan and execute their wedding.

It is understood that Doorasamy died on Monday last week. Four days later, a man known to her was arrested.

"A 29-year-old suspect was arrested and was expected to appear in the Durban magistrate's court on July 8."

A relative, who did not want to be named, said: "The family is devastated and traumatised by Devashnee's death."

"It has come to a shock to everybody. She was a loving young woman, with such a zest for life. We can only pray that justice is served."

She will be cremated on Wednesday.

Police could not confirm whether the man had been granted bail.

Police discovered the body of a half-naked woman at a dilapidated building in Tongaat, north of Durban, on Sunday.
News
2 years ago

In a brutal act of “mob justice” after the discovery of a child’s body, enraged community members attacked two women, stripped them naked and set ...
News
2 years ago

Police shot dead one suspect and arrested three others after the men had robbed a store in Burgersfort, Limpopo, on Monday morning.
News
2 years ago