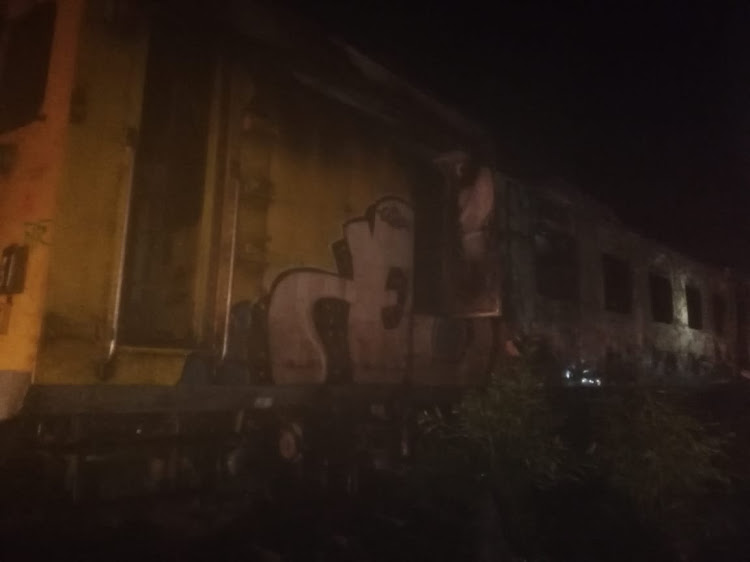 The train was travelling from Strand to Cape Town when the fire broke out.
Image: City of Cape Town

Spokesperson Jermaine Carelse said the train caught fire at around 7pm between the Meltonrose and Blackhealth railway station.

The train was travelling from Strand to Cape Town when the fire broke out.

Carelse said the fire was contained just after 8pm. No injuries were reported.

The cause of the fire was still unknown.

Several train carriages were burnt in a fire that started at a Transnet engineering yard in Maitland, Cape Town, on Sunday.
News
2 years ago

Yet another train carriage was engulfed in flames at Cape Town station after lunch on Wednesday.
News
2 years ago