A tanker transporting liquefied petroleum gas (LPG) exploded after reversing into a pole, unleashing an inferno in Worcester in the Western Cape on Wednesday morning.

Two firefighters and a civilian were injured in the blast, which destroyed five buildings and two vehicles. Another four buildings were partially destroyed.

People living several kilometres away reported feeling a tremor from the explosion.

Local government, environmental affairs and development planning MEC Anton Bredell said in a statement at 10am that the situation was under control and firefighters were  damping down the area, about 120km northeast of Cape Town.

"The Breede Valley fire department responded immediately and was on the scene within minutes.

"Three injuries have been reported, two firefighters with minor injuries and a civilian with burn injuries, who has been admitted to the ICU. The good thing was that this incident occurred at a time of day when there was little traffic and few people around," said Bredell.

According to the situation report, the driver reversed into a lamp pole, causing damage to the tank and releasing a vapour cloud.

"A civilian bakkie drove through the cloud, causing a fire and the explosion. The driver of the bakkie is the civilian currently in ICU with some burn wounds," said Bredell. 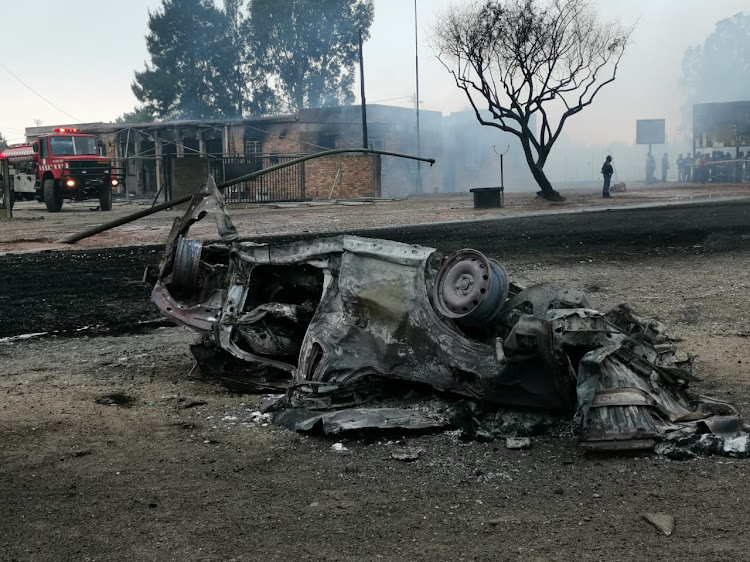 A bakkie which drove through the gas cloud was completely destroyed.
Image: Western Cape Disaster Management

Apart from the damaged buildings and vehicles (the tanker and the bakkie), there also appeared to be damage to the town's water mains and electricity infrastructure.

The Breede Valley municipality said on Facebook on Wednesday morning that the following roads are closed in Worcester:

" The public is encouraged to make use of other routes, reduce speed and exercise caution."

Marazelle de Villiers, who lives near the scene of the explosion, said she heard a few small blasts, then a big one at 6am.

"We very standing very close and needed to RUN! Never have a experience running for your life! Leaving my car just to get away," she said.

"After that everything around the truck was on fire, including all the businesses. My thoughts are going out to ACDC [Express, an electrical shop], the bike shop ... that completely burned down. This is a big tragedy for Worcester." 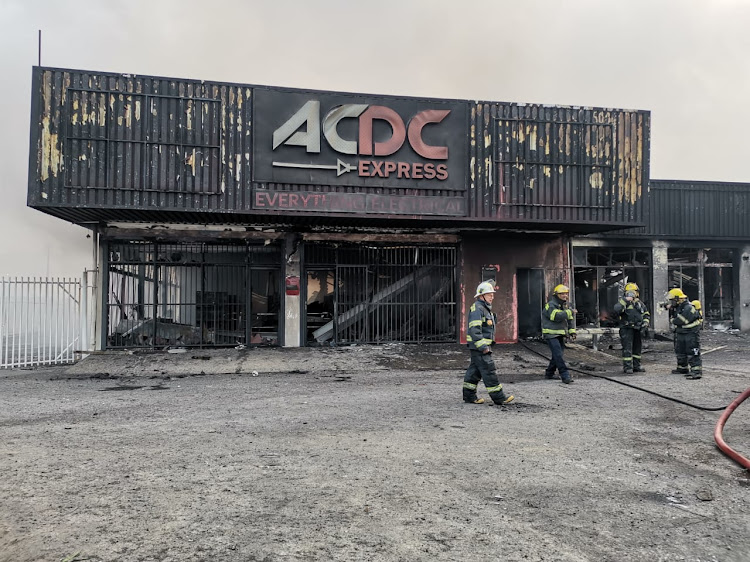 An electrical shop, ACDC Express, was one of the local businesses badly damaged in the blast.
Image: Western Cape Disaster Management

My friend stays in Worcester and said his hole house shook and he is about 5km from the crash https://t.co/TEc2fjhD2Z

Here's what you need to know about the Cape Flats murders

Six women were among the 11 people killed in Philippi East on the Cape Flats.
News
2 years ago

Shocking footage of a 29-year-old protester being shot six times on the KwaZulu-Natal south coast, allegedly by a private security guard, has taken ...
News
2 years ago