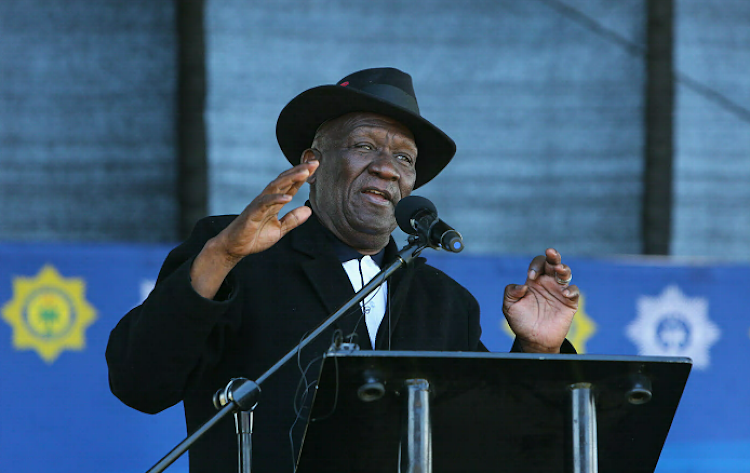 Police minister Bheki Cele's announcement that the SANDF will be deployed to the crime-ridden Cape Flats has received mixed responses.

Some predict a decline in crime, while others have said it doesn't solve the root cause of the problem: poverty and economic exclusion.

Cele made the announcement on Thursday during his budget address in parliament, where he attributed the move to defence minister Nosiviwe Mapisa-Nqakula, who asked President Cyril Ramaphosa to authorise the deployment of the army.

There's been a spate of violence in the past few weeks, with 11 people murdered in Philippi East at the weekend.

Using #SANDF, this is what people had to say.

What is it that they failed on and they believe SANDF will be suitable for that, killing ? Which brings us back to my concern when you deploy people who are trained for war fare you are not policing but going to war.

How is #SANDF going to solve systemic issues like that of economic marginalisation, dispossession, poverty, landlessness & displacement? #CapeFlats

After cape town can SANDF visit Sunnyside and Hillbrow Thank You

If you've lived in Cape Town eKasi in Particular, you will FULLY appreciate the presence of #SANDF

SAPS & SANDF will be deployed on the Cape Flats from the early hours of tomorrow!

Finally #CapeFlats residents will be heard, seen and protected!

When SANDF starts killing civilians, the same people who were demanding their deployment will be making noise. Where’s Cele’s amabherethe? https://t.co/KF7DqJv3xA

Very sad however I still maintain that deploying SANDF is a bad move where as we have units like TRT who I believe their mandate falls within the scope of fighting stopping gangsterism, gang violence and narcotics.

We need to bear in mind SANDF is not trained on policing but military war fare hence my "mandate" question. Let's wait, see and hope for the best.

Acceptance of a R2,000 bribe to place someone in the defence's force's voluntary service system has seen a senior SANDF officer sentenced to  a ...
News
3 years ago

Hundreds of people have died unnecessarily because of the delay in deploying troops to the Cape Flats, the City of Cape Town said on Friday.
News
3 years ago

The SA National Defence Force (SANDF) celebrated the homecoming of a batch of troops that were deployed to the DRC on July 4 2018.
News
3 years ago

The Commission for the Promotion and Protection of the Rights of Cultural, Religious and Linguistic Communities (CRL) has offered to mediate ...
News
3 years ago

SANDF holds its ground: hijab may not be worn with official uniform

The South African National Defence Force (SANDF) laws clearly state that no other clothing should be worn with the official uniform.
News
3 years ago