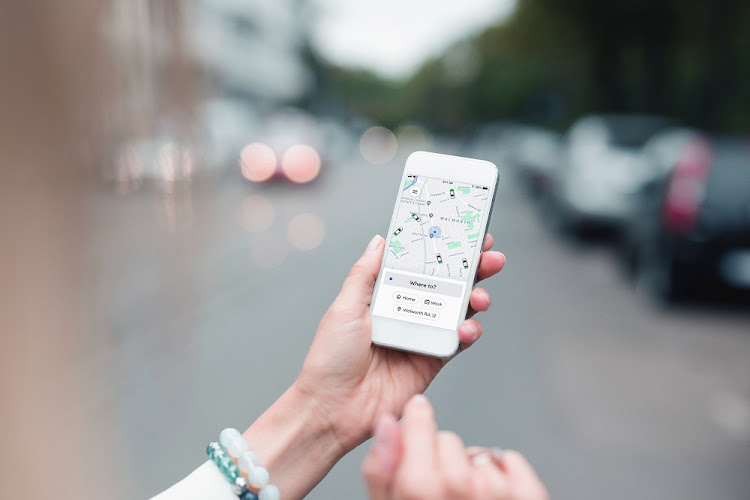 A Bolt taxi driver allegedly pushed a customer to the ground, before making off with her cellphone.
Image: Supplied

E-hailing taxi service Bolt has suspended a driver after a Johannesburg woman was allegedly assaulted and robbed in Durban.

Xoliswa Princess Ndwalane, 37, was in Durban to attend the Vodacom Durban July two weeks ago when the alleged incident occurred.

She told TimesLIVE that during the early hours of July 7 she had requested a Bolt taxi to take her from Comfort Zone, an upmarket jazz lounge in Clermont, to a friend's place in Pinetown.

"I got into the vehicle and we drove away. After a few minutes, I asked the driver to take me to the ATM so I could withdraw money to pay him, but he refused. He got angry and turned the car around to take me back to Comfort Zone.

"He stopped the car shortly before we got back to Comfort Zone and got out. When I got out, he pushed me to the ground," she said.

Ndwalane claimed the driver reached into her handbag and took her cellphone and charger.

"In that moment, I was so terrified, because I didn’t know if he was going to rape me or hit me. I was shaking with fear," she said.

In her e-mailed complaint to Bolt, Ndwalane said the driver walked towards Comfort Zone and "disappeared into the crowd".

KwaZulu-Natal police spokesman Lt-Col Thulani Zwane confirmed that a case was opened at KwaDabeka police station "after a cellphone and charger was stolen by an unknown suspect".

On Friday, Ndwalane went to a doctor for treatment for a knee injury she says she sustained when she was pushed to the ground.

"I feel like it was a nightmare. I didn’t even go immediately to the doctor for my knee because I just felt shattered by what occurred," she said.

"I had heard of incidents before, but I never thought it would happen to me. All I wanted to do was to withdraw R92 to pay him and it escalated to me being on the ground while he robbed me."

Bolt country manager in SA Gareth Taylor said the company was aware of the alleged theft and assault.

"Bolt condemns any violence of any form directed towards ride-hailing passengers because it believes that every South African has the right to move around without risk of harm, intimidation or coercion, or fear of death or injury.

"It is Bolt policy to immediately suspend from the platform any driver who is under any form of internal or police investigation, and to remove them completely should they be convicted of any crime," he said.

Taylor confirmed that the driver involved in the alleged incident was suspended from the platform pending the outcome of the police investigation.

Two men who allegedly hijacked an Uber vehicle and kidnapped a driver at the weekend were arrested on Sunday.
News
2 years ago