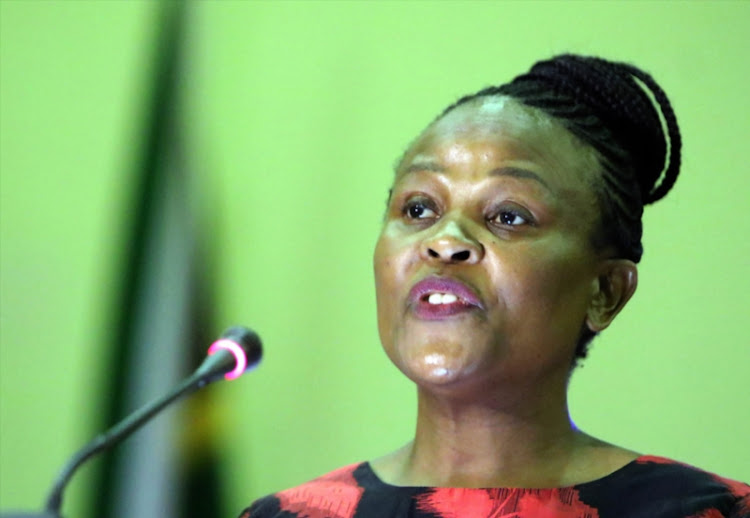 From a Constitutional Court ruling that she fell short of the high standards required of her office in the Bankorp-Absa bailout matter, to releasing a report in which she found President Cyril Ramaphosa broke the ethics code by lying about donations made to his CR17 presidential campaign, public protector Busisiwe Mkhwebane continues to dominate headlines.

Here are nine must-read stories on the public protector:

The Sunday Times reported that Mkhwebane wrote a 12-page letter to speaker Thandi Modise, in which she told her she would take her and parliament to court if the investigation into her fitness to hold office continued. Parliamentary spokesperson, Moloto Mothapo told the publication that the investigation will continue and that Modise had responded to Mkhwebane. The public protector's spokesperson denied receiving a response from parliament.

Busisiwe Mkhwebane to Thandi Modise: 'I'll take you to court'

The ConCourt on Monday found Mkhwebane to be personally liable for the SA Reserve Bank matter which she was tasked with investigating in 2017. Mkhwebane, who attended the ruling, said she would study the ruling.

Busisiwe Mkhwebane must pay the estimated R900,000 personal costs order granted against her, the Constitutional Court ruled on Monday.
News
2 years ago

Mkhwebane on Friday released a report in which she found that President Cyril Ramaphosa deliberately misled parliament when he responded to questions about the donors in his CR17 presidential campaign. On Monday, she said she stood by the report, after Ramaphosa questioned its accuracy on Sunday.

Mkhwebane accused public enterprises minister Pravin Gordhan of trying to divert the public's attention from a report in which she found that he had approved the setting up of a "rogue unit" at Sars, which violated the constitution. Gordhan lodged an urgent court application for a judicial review that report, which, Mkhwebane said, contained 'personal insults' against her.

Public protector Busisiwe Mkhwebane says she is disappointed at the 'personal insults' by public enterprises minister Pravin Gordhan in court ...
Politics
2 years ago

The current leadership must follow the actions of former president Nelson Mandela who never avoided accountability. This is what Mkhwebane had to say to the government executive in a statement released on Wednesday.

'MPs are attacking me'

National Assembly speaker, Thandi Modise received a request for protection from Mkhwebane, who lamented unfair attacks from the members of the House. Mkhwebane has been accused of using her role to 'play politics', an allegation she has dismissed.

Embattled public protector Busisiwe Mkhwebane has complained to National Assembly speaker Thandi Modise about "attacks" on her by politicians and ...
News
2 years ago

'We can't please all of you'

Mkhwebane told the members of the national assembly's justice committee that as public protector, she was aware that she would always face criticism as not everyone would be pleased with her work.  She was tabling the annual performance plan and her office's budget outlook.

'We can’t please everyone,' Mkhwebane tells MPs at fiery meeting

Public protector Busisiwe Mkhwebane has told parliament that no matter what her office did, someone would be unhappy.
Politics
2 years ago

During roadshows in which Mkhwebane was addressing incoming members of the executive in different provinces, she urged executive members in Limpopo to adhere to the ethics code by ensuring that they don't get involved in procurement matters, especially through recommending family or friends to officials.

Public protector Busisiwe Mkhwebane has cautioned the executive council of Limpopo, led by Premier Stan Mathabatha, against meddling in procurement ...
News
2 years ago

A mother of a grade 8 pupil who was refused an opportunity to study at Hoërskool Ben Vorster in Limpopo was overjoyed after an investigation by the public protector found her child had been denied access to the school on an improper basis. The child's application was denied based on his mother being self-employed. The office of the public protector said the school apologised and it was expected that child would be enrolled.

A self-employed Limpopo woman is beaming with joy after a decision not to admit her child at Hoërskool Ben Vorster because she would not afford ...
News
2 years ago