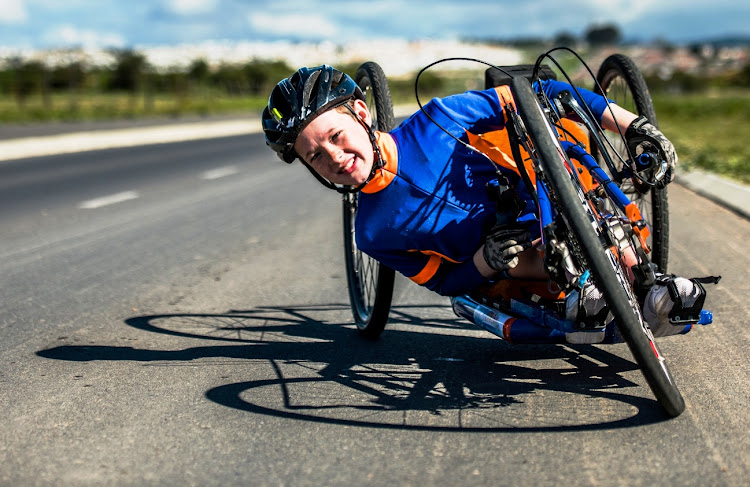 A paralysed 12-year-old who refused to take no for an answer when he wanted a bicycle is now eyeing his latest gold medal.

Zach Legward from Pretoria will line up in his hand-cycle for the Outeniqua cycle challenge in September, and hopes to leave George with another medal.

Born with gastroschisis, a condition where the intestines develop outside of the body, complications during surgery left Zach paralysed.

Even though he was restricted to a wheelchair, like many children he really wanted a bicycle.

Zach’s dad Geoff Legward built a bike, then made another one two years later when his son outgrew the first one.

“It took us five months of late nights and hard work to finish the bike,” said Legward.

Zach, who attends New Hope school in Pretoria, has been cycling for five years, and his father said: "He loves the speed – going downhill we have seen his bike do 50km/h."

Zach has already earned three gold medals in previous editions of the George race and has completed the Knysna cycle tour and taken part in the 94.7 cycle challenge in Johannesburg. 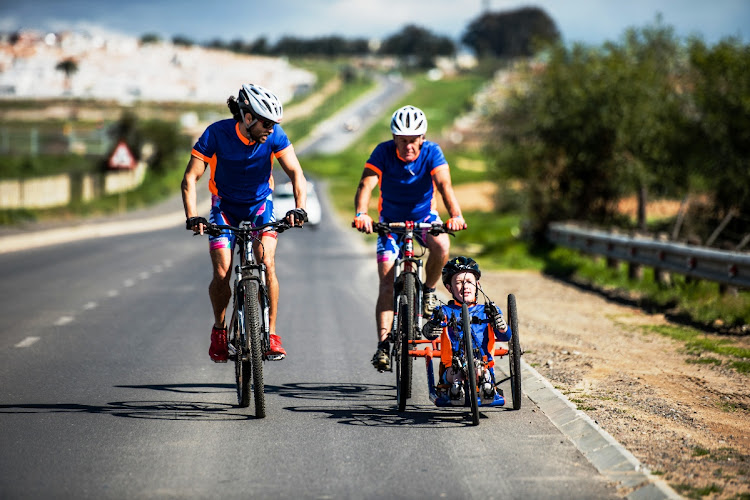 Zach Legward training with his father, Geoff, behind him.
Image: beautifulnews.co.za

Zach also loves radio-controlled aircraft and cars, does archery and enjoys scuba diving with his dad.

"We call him Zig-zag Zach, because when he's cycling he gets distracted by aircraft and goes all over the road," said Legward.

“He likes jet skiing and he does kneeboarding too because he is unable to stand."

With all the physical activity, Zach had started experiencing feeling in parts of his body affected by paralysis, said Legward, who believes it is the result of cardio-vascular stimulation.

Zach's dream is to become a hand-cycling world champion, and Legward said his message to parents with disabled children was that “nothing is impossible and there is always a way around your disability".

Barbie is making an effort to be inclusive of people across all physical appearnces.
News
2 years ago

Searching for smile lost in surgery

For almost a year, Chanel de Wet has been unable to smile or close her right eye - even while sleeping - after surgery to remove a tumour left the ...
News
3 years ago