Here's what people are paying for shacks going up in Lenasia

We are not going anywhere, say Lenasia land invaders 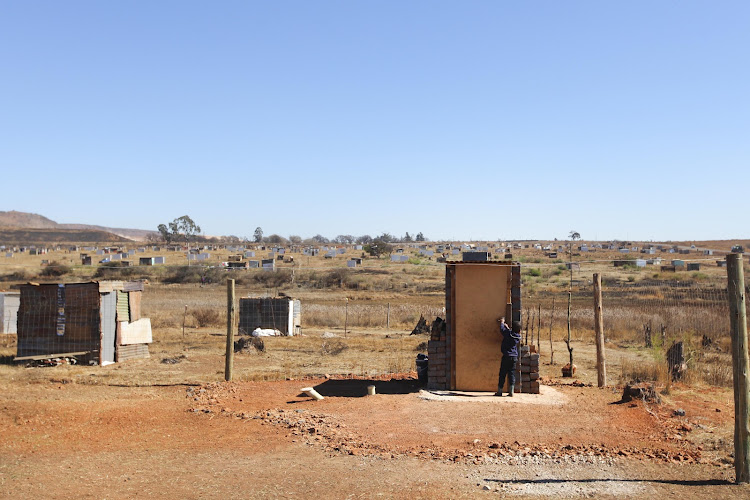 A child makes his way to a newly-built toilet on Tuesday at Narens Farm near Lenasia South, Johannesburg. The area has recently seen mushrooming of new shacks.
Image: Alaister Russell/The Sunday Times

Come hell or high water, shack dwellers from Narens Farm, close to Lenasia, south of Johannesburg, have vowed they will not be moved - neither by residents nor government.

Land invaders from the informal settlement have taken a stand not to be deterred by disgruntled Lenasia homeowners who want them removed from a piece of land with immediate effect.

"It will be a civil war when they try and remove us from this land," a shack owner told TimesLIVE during a visit to the area on Tuesday.

Hundreds of shacks have been erected on the piece of land a short distance away from Lenasia south.

By Tuesday morning, the sound of pickaxes and shovels echoed through the air as more land claimers were seen clearing pieces of land to start building. 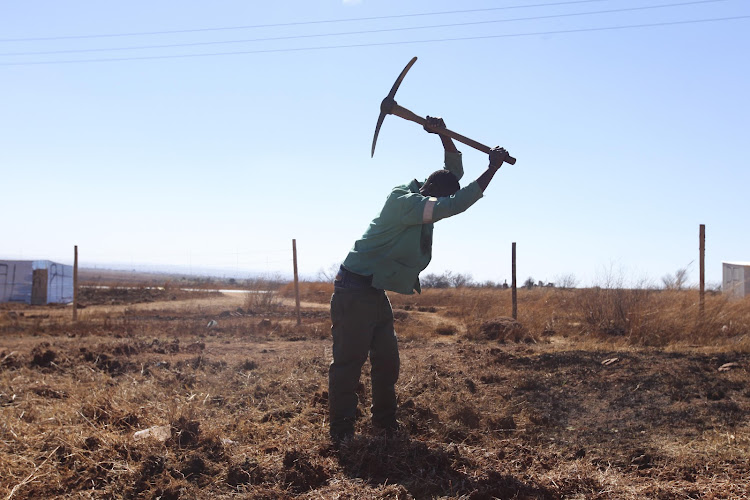 Stray dogs and chickens strolled along the dusty roads of the informal settlement.

Betty Bobotyana was busy handwashing her laundry in a plastic container outside her two-bedroom shack on the chilly morning. Her young son peddled his bicycle around the yard.

The mother of two moved to the area from Protea South about three months ago. "I came here looking for a place because I was renting, but now I got a place here. Now I have a stand of my own."

Bobotyana paid around R7,000 to have her shack erected.

"I like this place so much because it's a place I can call my own. I am not renting anymore. Here we are the happiest people, because we all know each other.

"We are trying to make a living here, we need the place," she said. 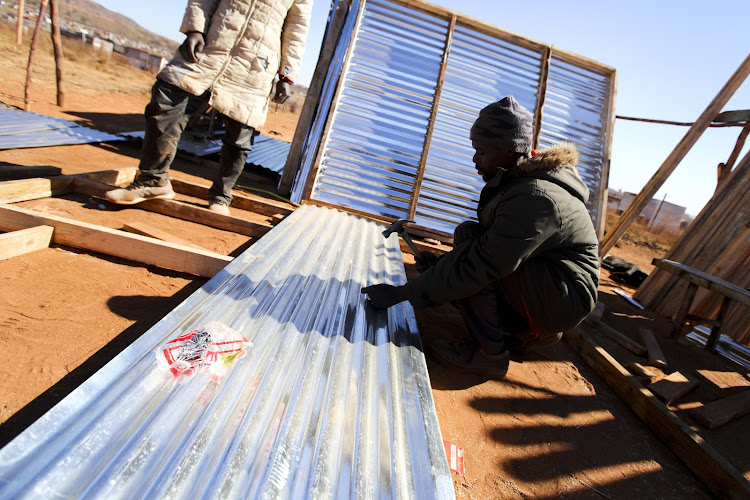 Peter Maluleke from Limpopo and his friend Alfred do most of the shack-erecting in the area.

"I also want a stand, but I can't afford it at the moment," Maluleke said.

He said they had put up more than 50 shacks in the area so far.

"You point us where your land is and we put up the shack for you there. There [are] no jobs so at least I can survive. We don't have a problem here," he said.

He had a huge smile on his face and boldly said: "You don't have a school to do this thing (build shacks)."

The Gauteng Department of Human Settlements is in the process of creating a policy to curb land occupations in the province, according to MEC ...
News
2 years ago

On Friday, Lenasia South residents took to the streets and allegedly demolished shacks and opened fire on the newcomers. According to Narens Farm residents, four shack-dwellers were shot and injured with live ammunition.

Ishmael Mushoma said they were woken up to noises of angry homeowners in the early hours of the morning.

"They (the homeowners) were carrying guns, pangas and sticks. They were violent also and trying to tell us what was wrong. They were saying we were stealing their electricity and water, but we have that already," said Mushoma.

According to Mushoma, the shack-dwellers tried to open a case with the police after the four people were shot.

"For now it's shacks, but in future we are going to build [houses]. We are not going anywhere."

Police spokesperson Capt Kay Makhubela confirmed that four people were shot and injured with rubber bullets, but he could not confirm who shot them.

The homeowners deny involvement in any violence. 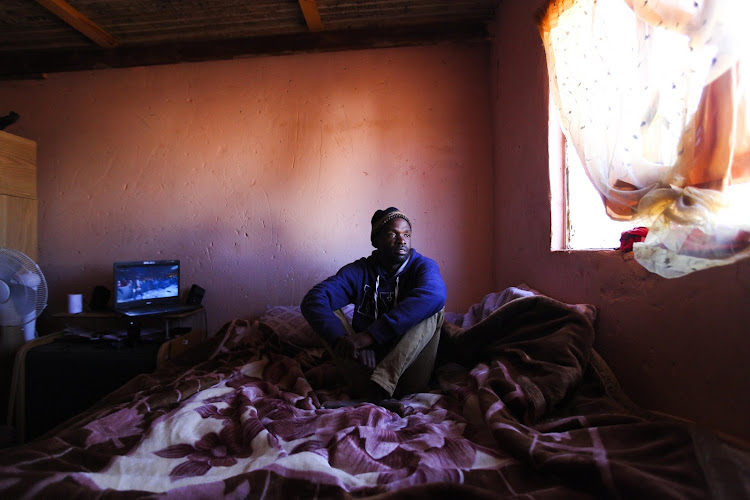 Joy Govender from the Lenasia South Residents Association, which was formed in 2016, said the protest on Friday was not aimed at the land invaders, but to send a message to government.

"We realised if we did the protest and brought the deep south to a standstill, obviously government is going to come and try and find out what is going on. That is the message we wanted to send to government," said Govender.

"Yes, they did attack us and we starting throwing back rocks and stones thrown at us. Nobody shot from our side.

"We want to see the public office policing and other law enforcement to come on board, and see that people's lives are at threat in Lenasia South. We are being threatened that they are going to burn our houses down, they are going to shoot us or whatever."

A businessman in the area, who asked not to be named, said his warehouse had been surrounded by shacks for the past two years. He said however that the shack-dwellers did not interfere with his business "at all".

"Many of them work for me and they are all humans and need a place to live. I think the city of Johannesburg should make a plan and build houses for them."

Evidence is emerging of a “politically orchestrated” campaign to occupy land in Lenasia that must be investigated by the police, Johannesburg mayor ...
News
2 years ago

'It is only matter of time until someone is killed,' says Mashaba as Lenasia land grabs continue