Image: Gallo Images Penny Sparrow, the KwaZulu-Natal south coast woman who rose to infamy with her racist post on social media has died, her daughter confirmed on Thursday.

Penny Sparrow, the racist realtor whose 2016 social media post about beachgoers on the KwaZulu-Natal south coast caused an uproar, has died.

Sparrow’s daughter Charmaine Cowie confirmed to TimesLIVE on Thursday morning that her mother had died on Wednesday after a prolonged battle with colon cancer. Cowie appealed for privacy while her family was in mourning.

“We have been through so much through all of this and we are struggling… she was my mom,” she said.

Sparrow fanned the the flames of racial tensions in South Africa when on New Year's Eve 2016, in a virulent Facebook post‚ she likened black beachgoers to monkeys.

The rant set in motion a viral backlash‚ which has seen her hauled to court by the ANC for hate speech as well as criminal charges. The Equality Court last year slapped the 70-year-old grandmother with a R150,000 fine‚ which she had to pay after two months.

But after the ANC established that she was ostensibly homeless and surviving on a R1‚400 per month government pension‚ it applied to the court to allow her to pay the fine over two years.

“People will stop me in the street because I am Penny Sparrow’s daughter‚ it still happens. They tell me what my mother did was disgusting. She has become Scottburgh’s most infamous citizen‚” Cowie said.

Her daughter‚ who runs a nursery and garden service business‚ said her mother had been punished to an extent that is hard to understand.

“She has accepted her guilt and accepted responsibility for what she has done and she’s been punished by the population. My family has fallen apart completely. It is so painful because it was a terrible thing she did‚ but she’s my mother‚” she said. 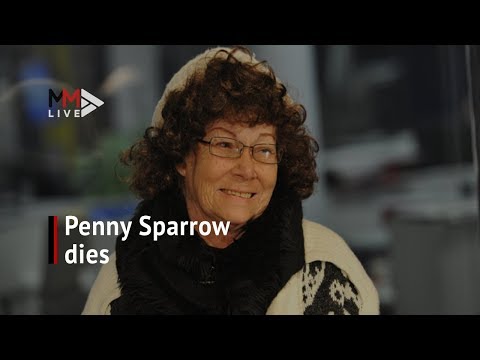