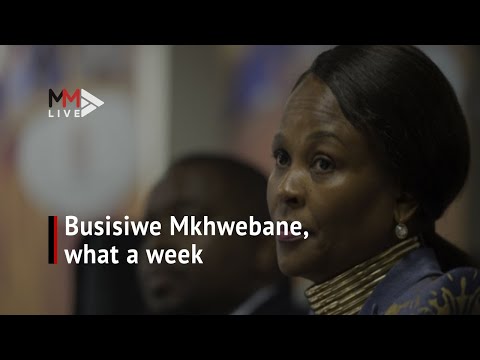 Public protector Busisiwe Mkhwebane dominated headlines this week after public enterprises minister Pravin Gordhan challenged a report in which she found him to have been involved in SARS' "rogue unit".

Mkhwebane also released a report on President Cyril Ramaphosa. In it, she said he had broken the ethics code by misleading parliament about having no knowledge of Bosasa donations to his CR17 ANC presidential campaign. Ramaphosa said Mkhwebane's report contained "factual inaccuracies".

The president said he would launch an urgent judicial review of the findings.