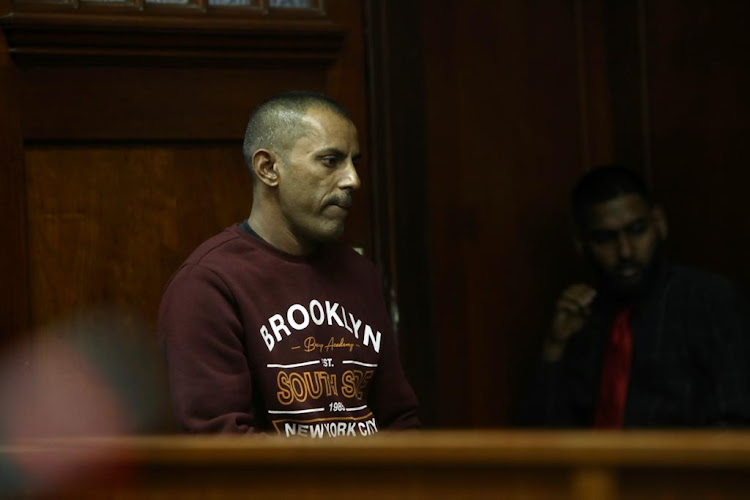 Sagren Govindsamy, the father of Rackelle and Denisha and husband of Jane who were allegedly murdered by Collin Pillay in Phoenix.
Image: Jackie Clausen

The trial of Collin Pillay, the man charged in the chilling murders of a mother and her two daughters, is expected to begin in the Durban high court on Monday.

Pillay, 45, is charged with the murders of Jane Govindsamy and her two daughters‚ Rackelle‚ 16‚ and Denisha‚ 22‚ at their Phoenix flat on September 21.

When Pillay was indicted in April, court documents revealed that it may have been another extramarital affair that lead to the murders.

According to the documents, on the morning of the murders Pillay suspected that Jane was involved in another extramarital relationship, outside of the one she was having with him.

At the time of her death Jane was living in the house with her husband, Sagren.

The Sunday Times reported that Pillay had a longstanding relationship with Jane‚ which Sagren has strongly denied.

The matter has been set down for nine days.

An extramarital affair is behind the killing of a Phoenix mother and her two daughters at their home in 2018, according to an indictment lodged by ...
News
3 years ago

Relatives of the murdered Phoenix mother and her two daughters shouted threats and heckled the man accused of their gruesome deaths when he appeared ...
News
3 years ago