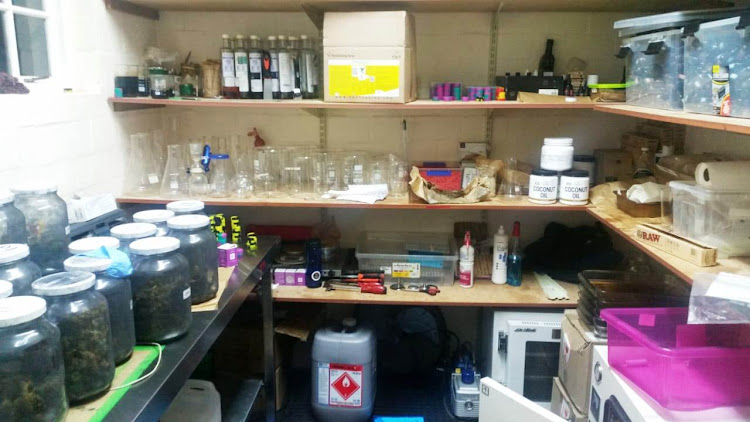 The 'clandestine dagga laboratory' in Constantia raided by the Hawks on July 28 2019.
Image: The Hawks

There’s been little news of arrests following 46 weekend murders in the Western Cape, but the Hawks have uncovered a “clandestine dagga laboratory” in the well-to-do Cape Town suburb of Constantia. 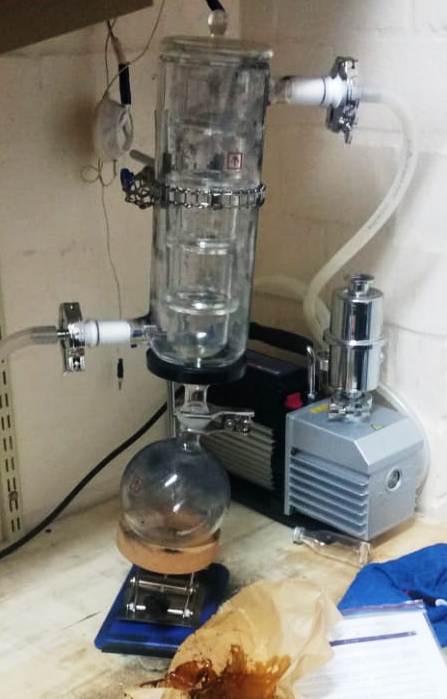 Equipment used to make cannabis oil was seized in the raid on the Constantia dagga lab on July 28 2019.
Image: The Hawks

Spokesperson Capt Philani Nkwalase said officers from the narcotics enforcement bureau and police crime intelligence raided the lab on Monday but made no arrests.

“The team found cannabis oils, dagga plant materials and seeds, as well as cannabis extracting equipment and chemicals,” he said.

“Computers and the lab equipment as well as  R180,000 in cash suspected to be the proceeds of crime were also seized and are subject to further investigation.”

He said this showed the deployment of troops in gang hot spots on the Cape Flats was not enough to end crime.

“The police, all levels of government and the public all have a role to play in helping reduce the scourge of crime in our city,” said Winde.

Anti-crime activists in the Cape Flats told IOL on Wednesday that soldiers were behaving like “headless chickens”, and were conducting short operations when what was needed was a permanent presence in troubled communities.

Nearly 50 people were killed in Cape Town at the weekend, but this was a decline from previous payday weekends.
News
2 years ago

All the deets on Cape Town’s first legal CBD store

Here's all you need to know on the first legal CBD store.
News
2 years ago

The high murder rate that has resulted in army deployment in 11 Cape townships could escalate into a war against young people.
Opinion & Analysis
2 years ago