The 'Green Monster' is heading home to Cape Town, powered only by vegetable oil 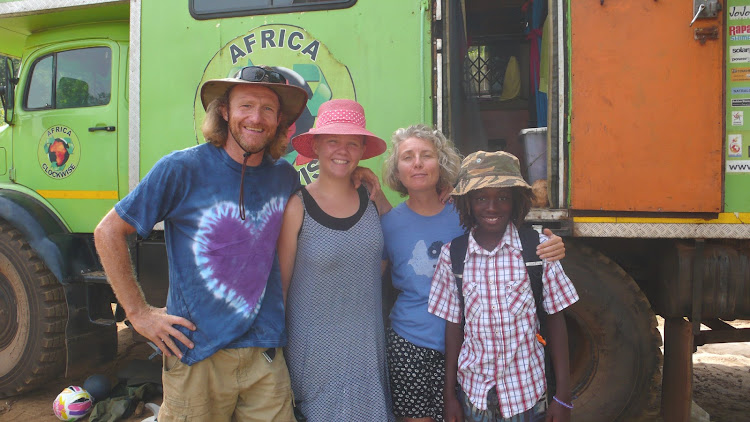 The Sampson family next to their "Big Green Truck" in 2015, somewhere outside of Cairo.
Image: Africa clockwise/Sampson family

After six years, countless barrels of vegetable oil, and thousands of kilometres, the Sampson family are finally returning to Cape Town after traversing Africa in an eco-friendly truck.

The idea was to raise awareness about climate change.

Comedian Mark Sampson, writer Sam Pearce and their two children set off on an epic journey clockwise around Africa in June 2013. They visited 37 countries and attempted to set a Guinness world record for the longest journey ever taken using only renewable fuel.

So far they have covered 45,000km of Africa's diverse terrain, venturing up into Europe, too, for good measure.

Internet connection not strong enough to post often but - wow - feeling so blessed right now. By both where we are and how far we've come since we left Cape Town 6 years ago today . . . #travellingafrica #overland #ecotravel #homejustroundthecornernow

The family has consistently used their journey and the attention it garnered to help promote awareness about global warming, and they have run initiatives with local people in almost all of the places they have visited to educate and network on the subject.

"Our positive stories aim to challenge clichéd images of the ‘overwhelming doom of global warming’ and ‘the dark continent’ and to hold hands out across Africa, spreading a message of connection and mutual support," they wrote in their blog, Africa Clockwise.

Having initially planned on taking their show on the road for no longer than two years, they crossed the border back into SA on June 28 2019 after a much longer stint on the continent.

"Brace yourselves Cape Town, we're on our way" they wrote in a Facebook post showing their crossing back onto home soil.

They ended up spending six years away from home, all the while homeschooling their children but insisting that they would be "arriving home in Cape Town sometime much later, hopefully before Grade 9 algebra gets impossible".

After fitting their truck with a customised roof that allows space for their kids to sleep, the Sampsons set about rigging the "Big Green Truck" to run on solar power and vegetable oil.

"We converted it from diesel to run on waste vegetable oil," they wrote.

"We had already travelled more than 10,000km around South Africa on used oil from Kalky’s fish and chip restaurant in Cape Town before setting off on our great adventure." 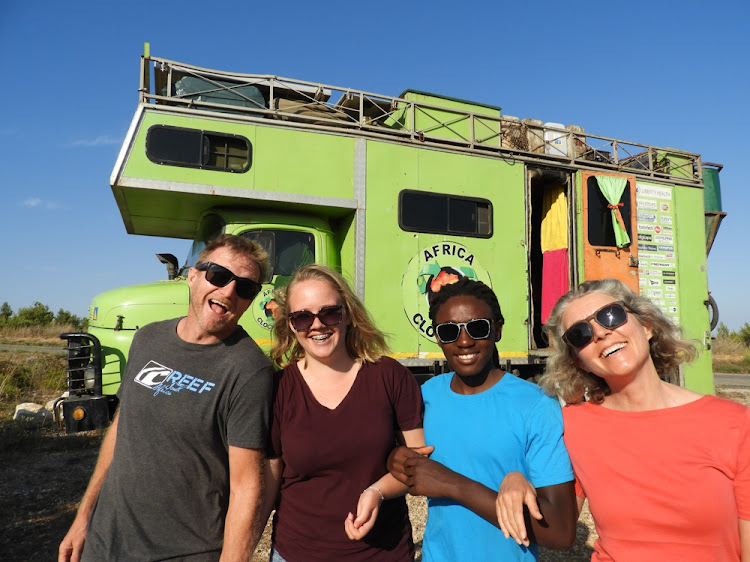 They packed up their belongings, rented out their Cape Town home and, after some difficulty getting their hands on a roadworthiness certificate, set their sites on Namibia and beyond.

Since then, the family have regularly recorded their travels on their Africa Clockwise blog, chronicling their efforts to raise awareness about the impending effects of climate change.

"With our ecological clock ticking, the Sampsons are on a mission to investigate how Africa can show the world how to cope with climate change," they write on their blog.

"The journey in the Big Green Truck is ‘clockwise’ – both as a direction, and as an awareness: time now is crucial and we all need to wake up and take proactive steps to prepare for an environmentally compromised future."

Their mission has seen them escape Ebola-ravaged countries, malaria and typhoid outbreaks, as well as the more manageable tests of being stuck in a van with your loved ones for months at a time.

Mzansi has been named the most dangerous country for female travellers to visit on their own — in the entire world! That's according to the Women’s ...
Lifestyle
2 years ago

SA National Parks Week is coming, and that means free access for SA citizens to some incredible parks
Lifestyle
2 years ago