Image: Facebook/Bishops Diocesan College A vote of no confidence in the current Bishops ODU council was avoided on Thursday.

A faction of Bishops Diocesan College old boys has withdrawn a motion of no confidence in the current Old Diocesans Union (ODU) committee after a robust discussion at the private school in Cape Town.

A special general meeting was forced on Thursday evening after a group within the union, dubbed WP10, took issue with how former general manager WP van Zyl had been dismissed earlier in the year.

"Inappropriate performance metrics were forced upon him. He was bullied. If WP had not signed a separation agreement, he would have had a valid claim in the labour court," he said.

An agreement to scrap the special general meeting and accept reconciliatory terms had been arranged on Wednesday, but was subsequently reneged upon, and therefore the matter went to special council.

An electrically charged atmosphere abounded, thanks to a large turnout of about 300 old boys, many of whom had been encouraged to witness proceedings after reading an emotional Facebook post by vice-chair Anton Taylor earlier in the week. In it he wrote that "the soul of Bishops" was being contested at the meeting. 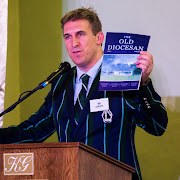 Taylor charged that WP10 had "bullied and intimidated" members of the council in an effort to remove chair Adam Pike.

"The WP10 have a vendetta against our chairman and committee," he wrote in another Facebook post prior to the meeting. "The former executive manager has been used by the WP10 as the vehicle and catalyst for the chairman’s removal."

On Wednesday, a resolution had been reached.

Patron of Bishops ODU, 89-year-old business tycoon Raymond Ackerman, whose speaker, Paul Burton, said was "highly distressed" by the saga, had been informed of the decision, but was left devastated when the agreement was later reneged upon.

"This will destroy him," said Burton.

"It broke his heart. That's why he's not here. We should be deeply ashamed of ourselves."

In a letter to the committee and audience, Ackerman said he would support whichever decision was taken.

"I have always believed that I am the voice of reason," he wrote. "I have spent many months trying to resolve the matter currently at hand. Unfortunately, reconciliation efforts fell through. It is hugely disappointing."

Pike, who was at the centre of the debate, was described as an "insular, dogmatic street brawler".

Taylor defended his chair, saying he had played by the rules throughout the "terrible ordeal".

"Adam is a kind, good man, who has done the right thing all the way through. It was not right for him to stand down," he said. "

Pike said he accepted criticism, but that "facts matter".

"I appreciate that people are upset with me and I apologise. I might not come across as loving and sympathetic, but facts matter," he said.

Stormers head coach John Dobson, who is also a member of the WP10 group, said Pike had "lost the dressing room".

"I've been accused of racism and being a bully. Well, I'm proud to be a bully if that means standing up for WP."

Before the meeting could reach a vote on the motion of no confidence, it was suggested that such an outcome could be avoided if the agreement from a day prior could be upheld. Pike took the stand after a brief deliberation.

"We have a deal," he said, sparking loud applause.

The terms of the agreement mean the council will remain in place, with a sub-committee being formed consisting of members of the WP10 to focus on reconciliation.