Image: Andrew Levy Firefighters responded to a massive building fire in Jeppestown, in the Johannesburg CBD, on Friday night.

Residents of a Jeppestown building in central Johannesburg hurled their possessions out of windows as a fire tore through the structure on Friday night, while friends and family members on the ground tried to gather up whatever they could.

That is how a witness, Andrew Levy, described the scene at about 5.30pm on Friday, when about 10 stores were being consumed by flames.

By 8.15pm, the Johannesburg fire department said "damping down" operations were continuing but that the fire had been brought under control.

Johannesburg emergency services spokeswoman Nana Radebe said about 10 shops in one building had been affected.

An investigation would be conducted to determine the cause of the fire, she added.

"People were talking about an electrical fault, but we will confirm this with our investigation," she said.

According to Levy, who shared pictures of the scene with TimesLIVE, the fire started in one apartment and quickly spread through the building. He said adjacent buildings were also affected, but Radebe said the blaze had been contained to the one structure.

"Residents were seen flinging whatever they could out the windows while neighbours tried to help collect and move all the belongings away," said Levy. 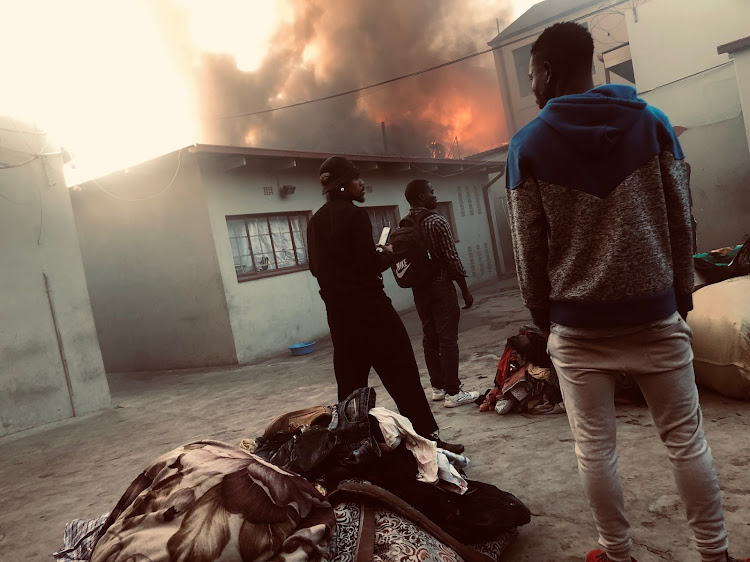 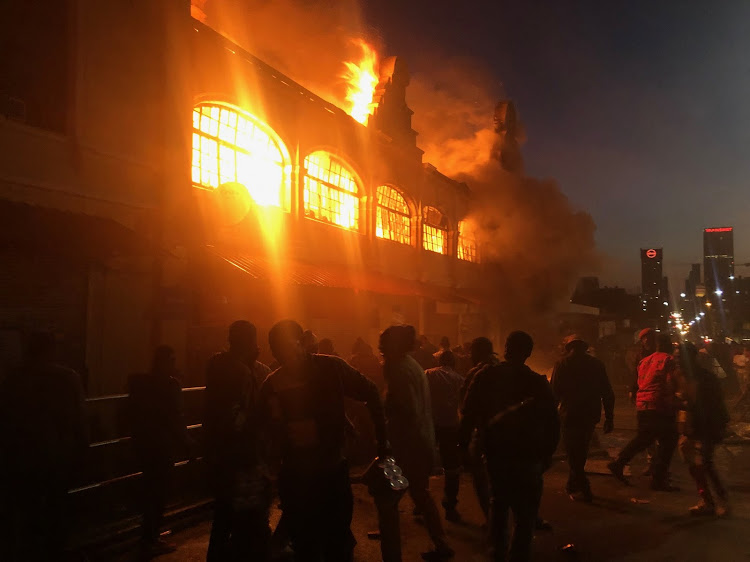 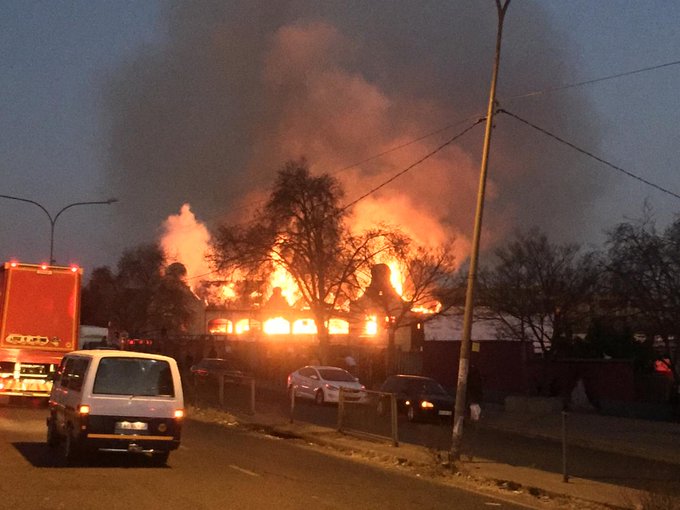 He said some people started rushing into the burning building, apparently with the intention of looting.

"The one fire truck on the scene had to not only [deal with] the flames but actually spray oncoming looters who were putting their lives at risk to enter the flaming buildings to steal goods from inside the stores," he said.

TimesLIVE contacted Radebe on Saturday morning for an update on the situation.