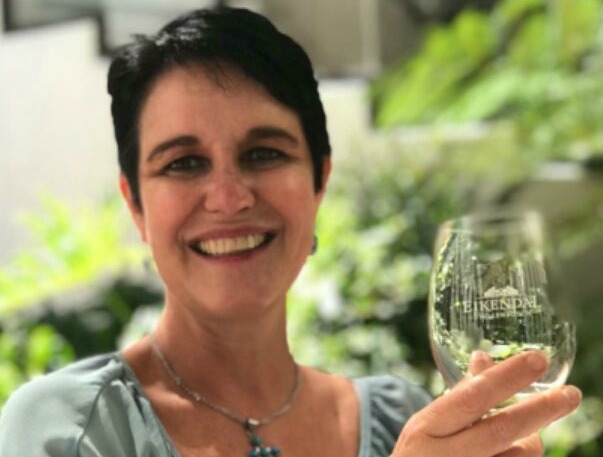 Helen Nuss, a computer programmer in Hout Bay, before she burnt herself.
Image: Facebook

Helen Nuss, 50, inadvertently created a turpentine bomb in her own lounge in Hout Bay, Cape Town, as she tried to give the wood in her fireplace some help.

She now has severe burn wounds, and as Murphy's Law would have it, she had changed medical aids in July - which meant three months of exclusion before she would qualify for treatment.

“It was a stupid mistake,” she told TimesLIVE before being admitted to hospital on Friday. “I was trying to light a fire in our fireplace. The wood was wet and it wasn’t catching alight.”

Last Saturday, Nuss took a five-litre bottle of turpentine, intending to throw some on the fire, but “the entire bottle became a bomb that literally exploded”.

She was thrown across her lounge as her face, left ear, neck, both hands, right thigh and head of hair went up in flames. Around 20% of her body sustained second and third-degree burns.

Her 20-year-old son and his friend doused the flames with a hosepipe.

A Soweto mother’s body was stiff, her hair and eyebrows frozen. But she kept going because she promised her son she would summit Mount Kilimanjaro.
News
2 years ago

“I started patting out the fire on her with my bare hands, which made my injuries worse,” she said. “Luckily she was only mildly burnt, but she was very traumatised.”

Nuss herself rushed straight into the shower, where she said she could “literally see my skin flaying off. The boys came with a wet towel and rushed me to the fire department in Hout Bay.”

This was a lifesaver for Nuss.

“They were amazing - they covered me in burn shield and were just fantastic.”

Nuss’s sons then took her to Groote Schuur Hospital, where she stayed for a day and a night. On her release, she became more aware of “how bad the damage was in places”. 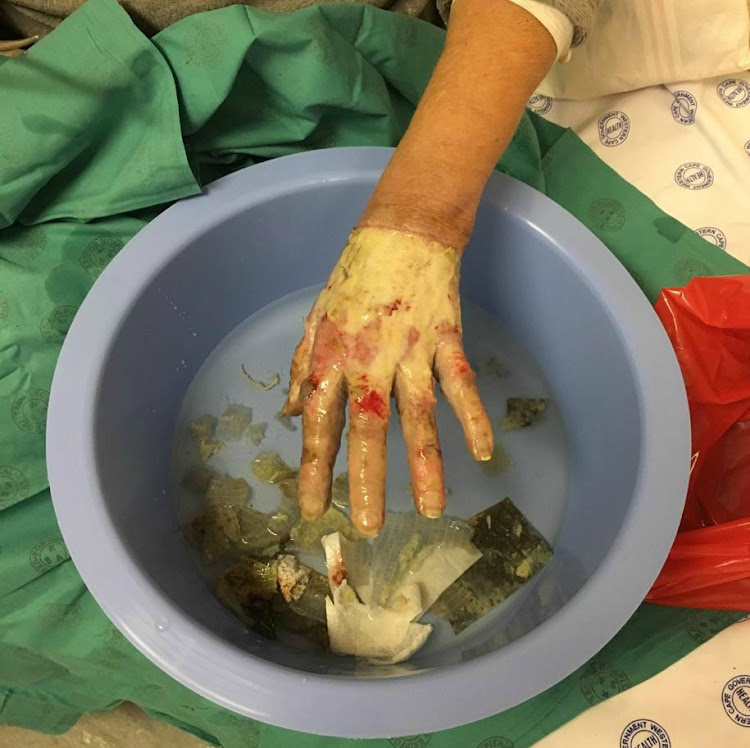 “Only now that we have seen private doctors have we seen the extent of it,” she said, adding that the pain is like “someone has left a concrete brick on your hand. I can’t explain it. When the dressing is changed, I see black spots I am in such pain.”

Nuss was told she could only receive surgery free of cost at a government hospital in October. Private care, on the other hand, was unaffordable.

She started a crowdfund on BackaBuddy and has been able to find a solution midway between private and public care.

Her burnt skin will be “scraped down to bare flesh under general anaesthetic”, then healthy skin will be removed from her thigh and grafted onto the burnt areas.

She is being admitted four days prior to the surgery so rehabilitation on her hand can begin.

“If I don’t get proper occupational therapy now, I will lose the use of my hand,” she said, adding that her work as a freelance computer programmer would then come to a halt, leaving her with no means to earn a living.

“It is a long road ahead of me. After the skin graft, I will need six weeks to rehabilitate and recover.”

She said she started her crowdfund four days ago and the “response from everyone has been phenomenal”.

A bed-ridden Durban man suffered severe burns after the upper level of his home caught alight on Wednesday.
News
2 years ago

An elderly woman is fighting for her life in hospital after she was injured in a fire, believed to have started by an overturned candle she had lit ...
News
2 years ago

A Durban paramedic and a security guard made their way into a burning building to rescue an elderly woman trapped on the third floor.
News
2 years ago