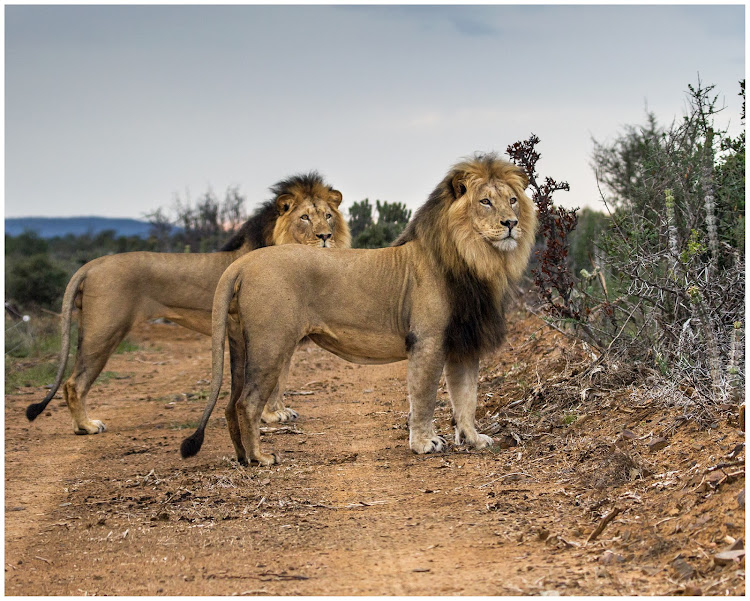 The NSPCA and the Endangered Wildlife Trust have welcomed a judgment setting aside the 2017 and 2018 quotas made by former environmental affairs minister Edna Molewa for the exportation of lion bones.
Image: Kuzuko Lodge

A precedent-setting judgment, setting aside former environmental affairs minister Edna Molewa’s quotas for the exportation of lion bones in 2017 and 2018, has implications beyond the lion bone trade.

The judgment by the high court in Pretoria on Tuesday could have a significant impact on the breeding, slaughter and selling of all captive wild animal parts, said the Endangered Wildlife Trust (EWT).

The judgment found the quotas - for the export of 800 lion bones in 2017 and 1,500 in 2018 - to be unlawful and unconstitutional and that due process was not followed in the setting of the quotas.

The National Council of Societies for the Prevention of Cruelty to Animals (NSPCA), which launched the court application against the quotas, welcomed the judgment.

The NSPCA said it had broader implications for the welfare of wild animals, both wild populations and captive wild animals.

It said the captive lion industry, cub petting, canned hunting and the trade in lion bone was a highly contentious and controversial issue globally and locally.

“We are overjoyed that the importance of animal welfare, and the vital and legal role of the NSPCA in protecting captive and wild animals, has been recognised in this precedent- setting judgement.

“One cannot simply use, abuse and trade wildlife without considering their welfare and wellbeing,” said Karen Trendler, manager of the NSPCA’s wildlife trade and trafficking portfolio.

Before giving his judgment, judge Jody Kollapen said the issue had implications for both current and future generations, and that he had taken time over his deliberations to reflect on the grave importance of the decision for society.

Kollapen said the department of environmental affairs and the former minister had erred when they disregarded the welfare of captive wild animals.

Kollapen said the welfare of captive lions should have been considered when determining the trade quota.

The trust said: “The EWT has been vocal in its opposition to the lion bone trade and the setting of these quotas as the captive breeding of wild animals for their parts offers no conservation value for the species.

“We do not support the commercial captive breeding of carnivores because it does not contribute to the sustainable, responsible use of our wildlife resources and, in some cases, may have negative impacts on the conservation of these species in the wild.”

The trust said it supported the conservation of wild and free-ranging carnivores, including but not limited to lions, in their natural habitat, where they contribute to biodiversity conservation as keystone and flagship species.

“The EWT therefore welcomes this landmark judgment, and applauds the NSPCA and all other parties who have persisted in their efforts to secure this victory for lions.”

The trust ’s CEO Yolan Friedmann said the trust envisaged the judgment as being a turning point for a trajectory of decision-making in recent years that had treated the country’s wildlife heritage as a resource for pure commercial exploitation at industrial production levels.

Weeks after he made world headlines as the first lion to have radiation treatment in a human clinic, Chaos is well on the road to recovery
Lifestyle
2 years ago