'It's like watching your home burn': Stellenbosch students distraught after university fire 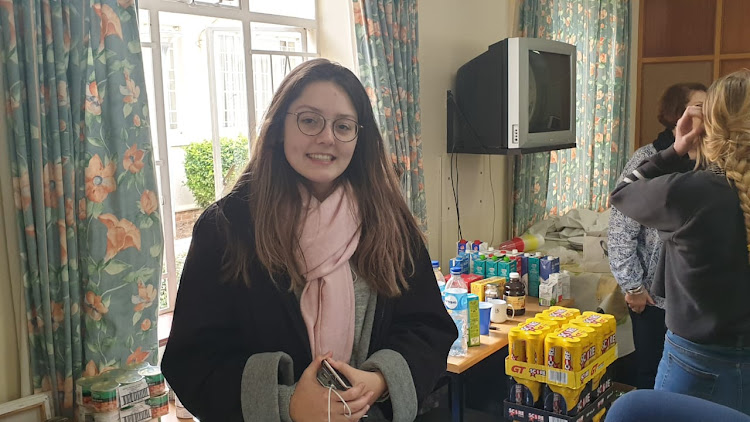 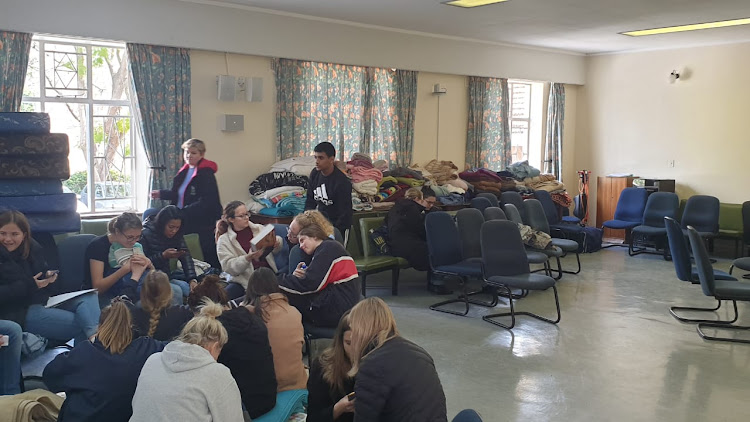 This was the grim reality faced by many of the 164 students who were evacuated when a fire gutted part of the Huis ten Bosch women's residence on Monday night at  Stellenbosch University.

Two women had minor injuries - one had burns to her hands and the other was treated for smoke inhalation.

Students were trying to pick up the pieces of their lives on Tuesday.

The blaze started as most of the women, already known as the "women of fire" following an incident in which the same building burnt down in 1983, convened in the residence hall for a meeting to elect new house leaders.

"Girls came running in screaming 'fire' and at first we thought it was part of a skit for the new council," said second-year student Jamie Allday. "But then we realised that it was actually happening and everyone quickly evacuated.

"Luckily most of us were already downstairs and got out safely. Some were studying with friends so it took a while to take roll-call."

ER24 treated the injured and they were taken to hospital. "They have since been discharged and fortunately they seem to be fine," said dean Arnold Schoonwinkel. Students have been offered trauma counselling.

Allday said her room was away from the worst of the blaze but said water damage had left many students with very little chance of salvaging possessions.

"I haven't seen my room," she said. "My heart breaks for everyone who lost everything though."

The damaged roof of Huis ten Bosch girls residence in Stellenbosch, where a fire broke out on Monday night.
Image: Dan Meyer

"We don't have books, we don't have notes or laptops to study from," she said, adding that the thought of having to rally for exams and tests was an even more exhausting prospect than it usually is.

Schoonwinkel said that academic relief would be provided to students affected by the fire, with exams and attendance being waved while they get back on their feet.

"We spoke with the deans first thing this morning. People who were supposed to write tests today are excused, as they obviously couldn't study last night. Arrangements will be made for upcoming tests and projects. If they miss classes, catch-up opportunities will be made.

"As an institution, we need to get an indication of the damage, as each student is different. then we can go about giving financial support for them to buy textbooks."

Allday said she was "heartbroken" that the place she called home had burnt, saying that university residences were more than just places to sleep.

"It's literally like watching your home burn, it's not just a dorm. It's the first place you go after class, sleep at night, where your friends and family are."

Two students have been treated for minor injuries after a fire broke out at the Huis ten Bosch women's residence at the University of Stellenbosch on ...
News
7 months ago

"We're known as the 'women of fire'. We never actually lived through that but now we can say that we really have risen from the ashes," she said. "We are true women of fire."

Donations from other residences have flooded in such as bedding, clothes and toiletries delivered to the hall at Monika residence where most of the students slept overnight.

"We had a very successful drive, we had food brought in, sanitary pads, clothing. People went out their way and showed the spirit of ubuntu," said Asambese Mkumatela from the Metanoia residence leadership council.

"One of the girls in my section [who stayed at Metanoia as a guest from Huis ten Bosch]  was in tears all night. All her books and appliances were ruined.

"You're restarting your whole life," she said.

Schoonwinkel said students would be relocated to alternative accommodation while the building was uninhabitable.

The cause of the blaze is yet to be determined.

Firefighters rescued a boy hanging from the fourth-floor window of a residential building after his head got stuck in a security net.
News
7 months ago

Fire at hangar at Swartkop air force base

The SA National Defence Force (SANDF) has confirmed that a general-purpose hangar at Air Force Base Swartkop in Pretoria caught fire on Saturday, ...
News
7 months ago

Another train burns in Cape Town

Two compartments of a train were completely destroyed in a fire at a Cape Town railway station on Friday.
News
7 months ago

UJ Library MakerSpace produces 3D shield masks for anyone in need
Covid-19 research: Virus can last 'up to 7 days' on surgical mask
X