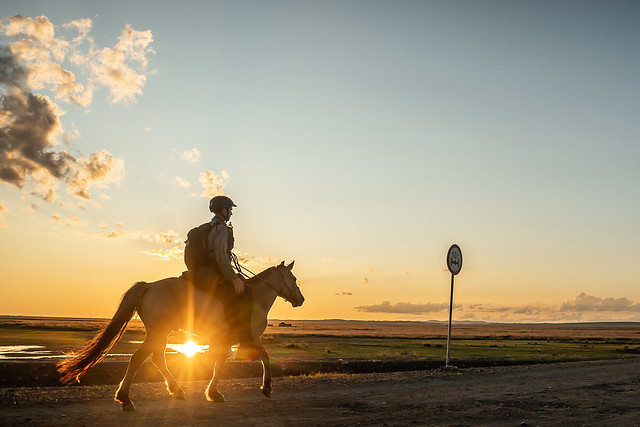 Wiesman Nel during the Mongol Derby, dubbed the world's most difficult horse race. He ended in second place.
Image: Supplied

South African Wiesman Nel, 40, came a remarkable second in the the 11th Mongol Derby, the competitors of which started finishing the 1,000km race on Wednesday.

There were 42 riders in the Mongol Derby endurance race this year, which is described as the world's longest and toughest horse race. They came from all over the world, including four from South Africa.

Nel described the race, which began last Wednesday, as a great experience but said it was not easy, calling it "hardcore". 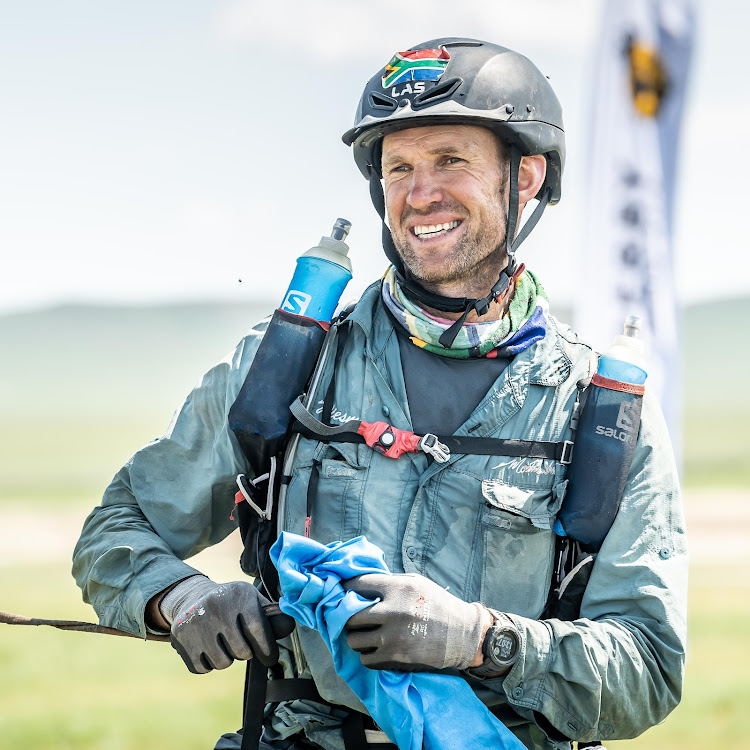 "You need to be fit for this. It's not for the faint-hearted. But what a great experience. Just to be out there and experience the hospitality of the Mongolians and their horses, their culture and the steppes has been a really great experience for me," he said.

He said the race is a must-do for any endurance rider who loves horse riding.

Nel heaped praise on the horses provided by the race organisers, describing them as tough.

Each of the riders is provided with between 25 to 27 semi-wild horses, which are available at a number of changing stations along the route. The riders should not ride horses for more than 40km.

"They carried me all the way, right to second place. They're really awesome ponies. You look forward to every station, to your new pony," said Nel.

He said he struggled at the beginning of the race. "I was unlucky with the weather to start with, but then started pushing harder and feeling strong towards the end as other guys were starting to feel burnt out from camping hard and pushing hard earlier on," he said.

"I had to use all the tools in my toolbox. I'm really proud to have pushed to second place."

The winner, Long, crossed the line on the eighth day of racing. At 70, he became the oldest winner in the race's history.

The organisers said Long's life had been built around horses. They said he had trained and  sold broncs (bucking horses) to fund his university education, and described him as a master at the competitive sport of extreme mountain trails, adding that he has many awards in the discipline.

The race, which started in 2009, recreates the horse-messenger system developed by Genghis Khan, the founder of the Mongol Empire, in 1224. Using a network of horse stations, his messengers could gallop from his capital, Kharkhorin, to the Caspian Sea in a few days.

These days an entry fee provides riders with access to Mongolian horses, a support team, pre-race training and support stations along the way.

Two other other South Africans have been sole winners of the race: Craig Egberink in 2011 and Byeronie Epstein in 2015. Barry Armitage was joint winner with Australian Ed Fernon in 2017.

Craig Egberink spent $10 000 to enter the " baddest horse-race on the planet", the Mongol Derby in Mongolia. And his prize for winning the ...
Lifestyle
9 years ago

A Gruelling 1, 000km horseback race across the mountains of Mongolia might not be everyone's ideal getaway, but for self-confessed adrenaline junkie ...
News
5 years ago
Next Article