I'm not giving up on my biological mom yet, says Zephany Nurse 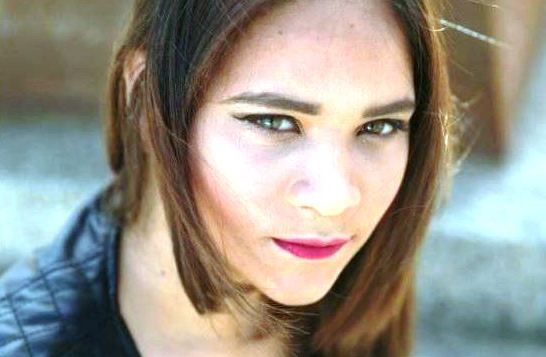 Nurse, now known as Miché Solomon after a court ruled her real name could be made public this week, is now 22 years old. She was stolen from hospital when she was a few days old and only reunited with her biological parents 18 years later.

Solomon, is the eldest daughter of Morne Nurse and his former wife, Celeste. The Nurses were already divorced when they were reunited with Solomon in 2015.

Lavona Solomon is serving a 10-year sentence for kidnapping Miché. Lavona raised Miché  as her own child for 18 years.

Speaking to John Maytham on Cape Talk on Thursday afternoon, Solomon described Michael Solomon, the man she grew up knowing as her father, as "my hero".

But she could not say the same about her biological father, Morne.

'Zephany' is a story of what it means to love and be loved, and of claiming your identity.
Books
1 year ago

"I am not trying to justify what Lavona did. I am always finding myself having the comparison between my father Morne and my daddy Michael. It is just something that always happens when I am in a situation. I am always comparing and I am like there are certain things that I wish Morne could do as Michael would do for me.

"In some situations I just wish he could have controlled ... handled situations the way Michael would; more sensitively, [with] more understanding and not just roughly," Solomon said.

She described the difficulties she had when she reunited with her biological parents, and said there were reasons as to why there was space between her and them.

On her relationship with her biological mother Celeste, Solomon said Celeste came to help her to look after her kids.

"That is where I could see I could start trusting her because there was that lack in my life. But then something happened. I am not going to say it. It is in the book. Something personal. It kept happening."

"There are certain things it is not normal for a mum to do," Solomon said.

She said although she had told herself that she needed to give her biological parents a chance, she had accepted they were "broken people".

Solomon said she had accepted that her relationship with Lavona would not be the same.

'It gets confusing': Zephany dedicates new book to her two mothers

The woman known to the world as Zephany Nurse has dedicated the book about her incredible life to her two mothers.
News
1 year ago

My biological dad is a 'lost cause', Zephany Nurse reveals in new book

Morné Nurse tried to stop a book about his daughter Zephany by threatening the author with “a massive lawsuit”.
News
1 year ago

Zephany Nurse ruling 'should not apply to other child victims'

Zephany Nurse, who was stolen in hospital after birth, has said that she supports the Centre for Child Law's stance on protecting children's ...
News
1 year ago