NPA's missing persons' task team: This is what it is doing 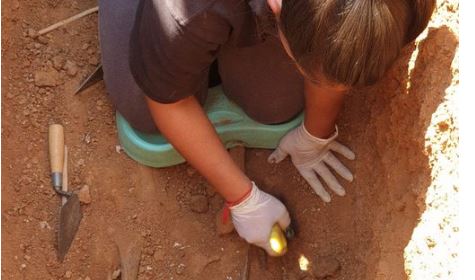 An NPA task team has started exhuming the bodies of activists who died in 1986 and 1987.
Image: Twitter/Missing Persons

The National Prosecuting Authority's (NPA) missing persons' task team has started a Twitter page to keep the public informed on progress it is making in investigations and exhumations of those whose deaths were politically motivated.

On Tuesday, the team began exhuming the bodies of five activists from Mamelodi, who were abducted and killed between 1986 and 1987 by security police in the Northern Transvaal.

Today the Missing Persons Task Team was excavating for the remains of five Mamelodi activists abducted and killed by the Northern Transvaal Security police in 1986 and 1987. Something interesting was found but we had to stop. We will return on Thursday to continue. pic.twitter.com/5ERLI5iZMY

Umkhonto we Sizwe's Iggy Mthebule is among those whose cases will be investigated.

Advocate Mahlodi Muofhe has been appointed head of the domestic branch of the State Security Agency (SSA), according to a report on Tuesday.
News
2 years ago

A teacher who spent 13 months behind bars after being wrongfully charged with the rape of a nine-year-old girl has won a lawsuit against the police ...
News
2 years ago

No speed cameras on Durban drivers for two years

Speedsters and reckless Durban drivers have escaped the long arm of the traffic police for two years because of a squabble between the National ...
News
2 years ago