SA is not getting the answers it deserves, says Marikana judge Farlam 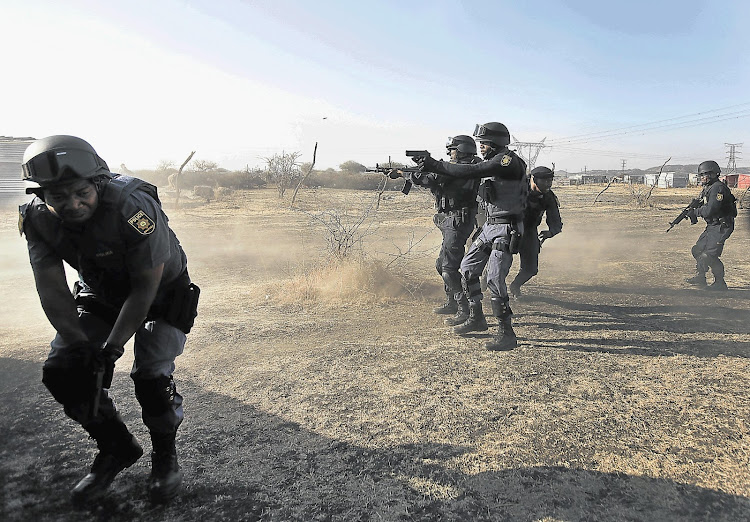 Seven years after 34 people died at the Lonmin mine, no prosecutions have been made.
Image: KEVIN SUTHERLAND

Seven years have passed since the Marikana deaths, yet victims of the bloodiest massacre South Africa has seen since the turn of democracy have yet to be adequately provided with answers or compensation.

“The country deserves to know the truth,” said retired Judge Ian Farlam, who was the commission chair for the inquisition into the events at Lonmin mine on August 16 2012, when 34 miners were gunned down by police while striking for better accommodation and wages.

Another 10 people died in the 10 days leading up to the massacre, including two security guards and two policemen.

Seven years on, Farlam has told eNCA that despite recommendations having been made by the committee at the time, nothing has been done to adequately provide answers to the public or to compensate the victims.

Commenting on what happened on that fateful day, Farlam said, “The police tried to deal with it the right way, by co-operating with the strikers. But the miners wouldn't listen. They were not assembling peacefully, nor were they unarmed.

“Unfortunately, police deviated from their plan and created a situation where they decided to act - and bloodshed was inevitable.”

Farlam said that he stands by his decision to exonerate major political figures such as  President Cyril Ramaphosa, but claimed that he did not exonerate then-police minister Nathi Mthethwa.

“A commission isn't there just to give its opinions. We had to make findings based on evidence. Some people think that because we didn't find the evidence they would have liked us to find, that we acted improperly.

“As far as Mr Ramaphosa  is concerned, we went through the evidence fully and came to the conclusion and found that the criticism of Ramaphosa was not well founded.

“We considered all the evidence against him."

As we reflect on the Marikana massacre, we owe it to the affected families to finalize the justice process and to move forward in a manner that ensures that never again does our democracy witness such human tragedy pic.twitter.com/jweQWmJSYA

Business Day reported on Friday that the socio-economic factors that spurred the protests on that infamous day are still a reality for the mineworkers, who are expected to appeal to the courts in an effort to overturn the rulings of the commission.

Sibanye-Stillwater bought the mine earlier this year, and spokesperson James Wellsted told Business Day that they were engaging the families and other stakeholders on the matter. He said it was not fair that only eight houses had been built for the families since 2012. “We are looking at how we can rectify that situation,” said Wellsted.

The ANC said in a statement that, as a country, we should learn from the tragic events of that day.

“It is imperative that the South African industrial engagement framework is robust and smart enough to keep our workers and employers talking rather than being locked into a life and death struggle,” said national spokesperson Pule Mabe. “South Africa should never again find itself in a situation where workers themselves are on opposite ends of the barricades, while employers expect authorities to manage worker dissatisfaction.

“The ANC stands with every mother, father, son and daughter, brother and sister who lost a loved one during that entire period. We shall endeavour never to forget their memories,” he said.

WATCH | 'We shall never forget': ANC on 7th anniversary of Marikana massacre

As a country, we will never be able to erase the tragedy of the Marikana massacre, the ANC said on Friday.
Politics
2 years ago

August 16 marks the day 34 mineworkers were shot and killed by police during protracted protests for better wages.
Politics
2 years ago

Frantz Fanon, who was born on the Caribbean island of Martinique, studied in France and then joined the struggle for the liberation of Algeria from ...
Opinion & Analysis
3 years ago