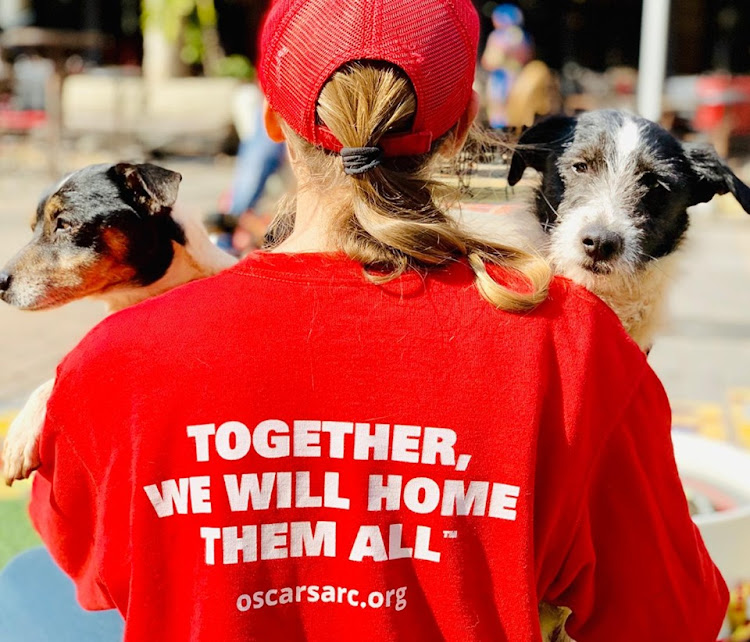 An attempt to set a world record for the highest number of dog adoptions in one day is under way in Johannesburg.
Image: Supplied

A dog adoption agency wants to set a new world record in Johannesburg on Saturday, by aiming to achieve the highest number of pooch adoptions in a day.

The initiative is being driven by Joanne Lefson, a Cape Town animal rights activist who is the brains behind the Woof Project.

The project is an initiative of Oscars Arc, a registered charity, which is dedicated to inspiring dog adoption and saving dogs' lives.

The Woof Project was launched two years ago and since then has seen a 40% increase in the number of adoptions in the Western Cape, by making the process more appealing to potential dog owners.

The dogs are taken out of their traditional shelters to converted shipping containers placed in pleasant locations like the V&A Waterfront so that they can interact with those interested in adopting them.

On Saturday the sleek pop-up container unit will be situated in Melrose Arch, and will be open until 6pm.

"Pre-applications opened a week prior, enabling time for the agency to vet homes and ensure all the correct protocols are in place," said Lefson.

"Good news is that the record will be broken because no one has made any record on this topic official. Our estimate will be 70 adoptions- which is great considering most shelters average at one every weekend," Lefson said.

"There are incredible dogs in shelters dying for a second chance. If people could just see them and meet them, they would all be adopted," she added.

An outdoor yoga class in Cape Town on Saturday brought a whole new meaning to “downward-facing dog”.
News
3 years ago

Purrpaws, an animal shelter on the outskirts of Vereeniging, has asked for people to adopt kittens or provide temporary homes for them.
News
3 years ago