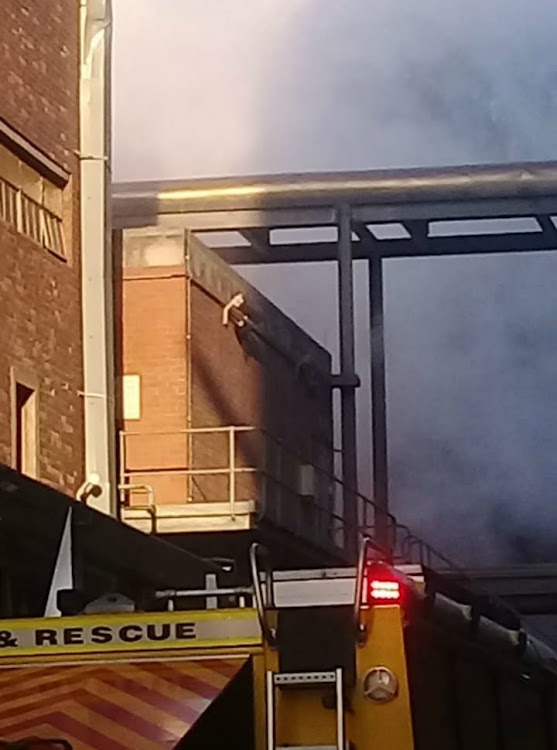 Noxious fumes from a Durban resin plant left hundreds of residents in a nearby suburb ill.
Image: Rescue Care

Residents in Wentworth, south of Durban, battled with burning eyes, dry throats and nausea after noxious fumes were emitted from a nearby resin plant on Friday.

Rescue Care spokesperson Garrith Jamieson described the incident at the Safripol resin plant in the south Durban industrial basin as a "chemical fire", which had been brought under control

Community-based organisation WorkGroup told TimesLIVE that the strong odour could be smelt as far as Amanzimtoti, nearly 20km away.

Justin Titus, WorkGroup spokesperson, said the incident occurred at the plant at around 3.30pm on Friday.

"There was chaos in the area. People were complaining of burning eyes, they wanted to vomit and they also experienced dry throats.

"Although the matter was brought under control, the smell is still prevalent.

"I would say over 1,000 people were directly affected. We had reports of people also getting the smell in Montclair and when the wind direction changed, as far as Greenwood Park, north of Durban.

"There were ambulances on standby that provided treatment to the affected residents.

"However there are a few people that need further care in a hospital," said Titus.

Safripol’s management met with the affected community on Saturday to discuss the incident but could not be reached for comment.

Communities living along the Msunduzi and Umgeni rivers should not drink the water or swim in it following a vegetable oil and caustic acid spill.
News
3 years ago

A teacher is in critical condition and more then 50 pupils have been transported to local hospitals after they inhaled an unknown gas at Vukuzakhe ...
News
3 years ago