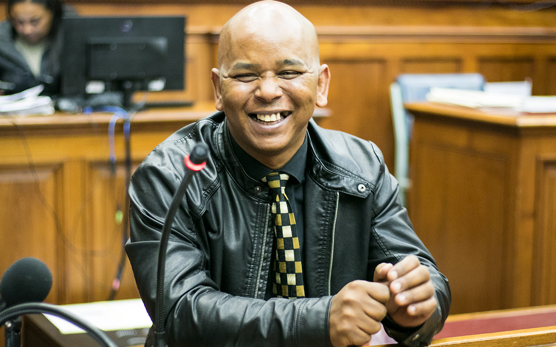 Sgt Marlon Appollis, 41, appeared in the Franschhoek magistrate's court on Monday  to face a charge of culpable homicide in connection with the death of 40-year-old Sgt David Hoffman.

Appollis and Hoffman are attached to the anti-gang unit established by President Cyril Ramphosa last year to fight rampant gang violence on the Cape Flats.

Sergeant Marlon Appollis is no ordinary detective. He has been charged with investigating three of the most talked about murder mysteries - all at ...
News
3 years ago

“It is alleged there was a social braai at  a private premises which was attended by the deceased and the suspect,” said Seisa. “The two police officials were off duty. It is alleged that the suspect pulled out his service firearm and shot dead his colleague. The deceased is alleged to have been shot in the head. The motive is unclear and Ipid's investigation is continuing.”

A statement released by police said the 41-year-old accompanied police officers to the house after they were summoned when members of the community “descended” on the property “in a confrontational manner”.

“It is alleged the deceased member was at a premises in Skool Street when a group of community members descended in a confrontational manner and subsequently left,” said Western Cape police spokesperson Brig Novela Potelwa.

Van Breda investigating officer gets only 45 minutes of fame

He was meant to be the star of the show‚ the main attraction who would finally take the public to the coalface of the Van Breda triple-axe murder ...
News
3 years ago

“When the shooting occurred, which claimed the life of Sgt David Hoffman, his colleague was with him.

In June, the office of the provincial commissioner showered Appolis and Sgt Stephen Adams with praise for their sterling investigative skills.

Henri van Breda has lost yet another bid to appeal his murder conviction.
News
2 years ago

The two detectives also helped solve the Van Breda and Rohde murder cases, which resulted in lengthy sentences. Van Breda is serving a life sentence for killing his parents and brother with an axe in their upmarket De Zalze estate home, in Stellenbosch, in January 2015.

Rohde, a former property mogul, is appealing his 20-year sentence and conviction in the Supreme Court of Appeal. Rohde killed his wife Susan, with whom he had three daughters, in a room at Spier wine estate, near Stellenbosch, in July 2016.

Wife killer Jason Rohde is pinning his hopes of being released on bail on the Supreme Court of Appeal (SCA).
News
1 year ago

Jailed wife killer Jason Rohde has to wait for a week to hear if his application for release on bail is successful.
News
1 year ago

Gender activist: 'Talk shops about violence against women should not be a waste of time'

Society needs more than just slogans to fight the scourge of gender-based violence.
News
1 year ago