Taxi driver up for attempted murder after 'road rage' shooting 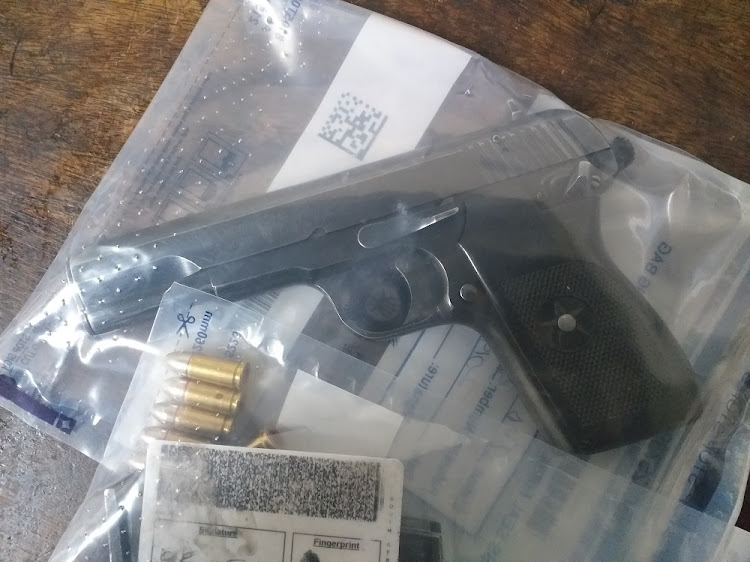 A minibus taxi driver who allegedly fired a shot, wounding a bystander, in an apparent fit of road rage will face an attempted murder charge in the Johannesburg magistrate’s court on Monday.

Police, who heard a gunshot while on patrol in central Johannesburg, arrested the 39-year-old driver on the corner of Kerk and Troye streets on August 16.

“A 34-year-old male was driving a blue Toyota Corolla … slowly looking for a parking. He was followed by a white Toyota Hi-Ace [with its driver] hooting and shouting at him,” Capt Xoli Mbele said in a statement.

At least nine people died in a horrific taxi accident in Midrand on Sunday.
News
2 years ago

“He jumped out of the vehicle to explain to the taxi driver that he is looking for parking. The taxi driver fired one shot. The driver of the Toyota Corolla pushed his hand, and the bullet hit a bystander.”

The bystander was taken by ambulance to hospital where he was treated and later discharged.

“Police busy with their routine crime duties heard a gunshot and followed the direction. They found two people fighting for a firearm and told them to put it down. The taxi driver was using his licensed firearm and it was confiscated,” said Mbele.

Transport minister Fikile Mbalula shared a video in which he engages passengers of a minibus taxi whose driver allegedly attempted to bribe traffic ...
Politics
2 years ago

A taxi driver who assumed a fake identity could not outrun the law when pulled over by traffic officers who found outstanding warrants of arrest ...
News
2 years ago

KZN MEC wants action after taxi boss is gunned down

KwaZulu-Natal transport and community safety MEC Mxolisi Kaunda has asked for police to leave no stone unturned in investigating the murder of a taxi ...
News
2 years ago