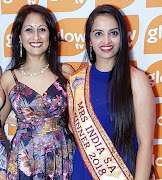 The Mrs India SA pageant owner has won her brand back, returning the crown to last year's dethroned winner.

The Durban High Court on Monday ruled that the brand was taken from the original owner and founder, Anusha Bisaal.

Bisaal, her husband Roshan and her close corporation, Mrs India-SA CC, approached the court in May this year with allegations that her signature had been forged on documents reflecting her sale of the brand to Annulutchmee Thaver and Deon Ganas, thereby removing her membership interests in the contest.

Bisaal asked the court to declare the documents null and void.

“It recently came to our knowledge that the first respondent, in conjunction with the second respondent, wrongfully, unlawfully and fraudulently caused me and the second applicant to be removed from the membership records of the Companies and Intellectual Property Commission (CIPC) and caused the first respondent to be registered as the only member of Mrs India South Africa CC, holding a 100% interest in the close corporation. At no stage did we transfer our membership interests to either of the respondents,” Bisaal said in court papers.

On Monday, the court ruled in favour of Bisaal, declaring the documents  “forgery” and setting them aside as null and void.

In a Facebook post, Bisaal said Thaver and Ganas were no longer allowed to host any pageants under the Mrs India SA brand and that last year's dethroned winner, Saumya Tiwari Gautam, who was embroiled in a separate court battle with the couple, would continue her reign until further notice.

It is a High Court ruling... MRS. INDIA SOUTH AFRICA is back to it's original owner and Founder... Anusha...

Gautam was forced to take the organisers, Thaver and Ganas, to court when they failed to deliver on their promise of R500,000 in prizes.

This resulted in her title being withdrawn and awarded to the competition’s first princess, Daphnie Singh.

In August 2018, Gautam, a Cape Town-based doctor, won the pageant and started work to promote the brand, claiming she complied entirely with her duties, as her title required.

Gautam had expected to win the “amazing prizes up to the value or R500,000 and a brand new VW Jetta 7”, which the organisers announced in a call-for-entries advert.

However, Durban high court judge Graham Lopes found Gautam's demands for her prizes largely fell on deaf ears, and she received some vouchers valued at no more than R5,000.

Gautam told TimesLIVE on Tuesday that the court had ruled that she had been “cheated” and that a date to discuss the handing over of her prizes was yet to be finalised.

She was excited about finally being able to wear her crown without a scandal attached to it.

“My target was to stop corruption. That is why I took the step to fight it. I am quite happy that I did it. At least other women won't be treated and cheated like this.”

Ganas has pointed out that the court order which declared the document to be forged didn't identify the culprit.

“We are in possession of a purchase and sale agreement and we have proof of a full payment, and would have no reason to confirm fraud,” he added.

**This article has been amended to include Ganas' response.