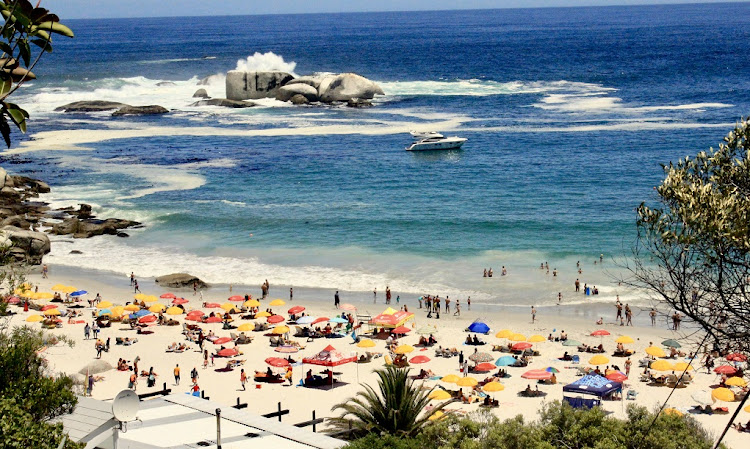 Capetonians are up in arms about a new by-law proposal that could see them fined for swearing on the beach.
Image: Dan Meyer

Beach-goers and residents of Cape Town are up in arms with a proposed by-law that seeks to ensure safety on the city's coastal areas, but frustrations over fines being imposed for swearing in public might be papering over some of the bigger concerns in the document.

Cape Town's proposed new bylaw that, among other things seeks to impose fines for swearing on the beach, has been opened for public comment.

Sandra Dickson, administrator of the Stop COCT Facebook page, believes that the proposals infringe on basic liberties that could turn the city's beaches into "nanny states" with beachgoers walking on eggshells to avoid prosecution.

"The city is taking control of the beaches and the public has no control anymore," she charged on Thursday. "They are expropriating the beaches."

She raised concern over several aspects of the bylaw, which is open for public comment until September 2. The city has also promised three more public hearings before then.

She said the thought that a dog could be confiscated should its owner be found not to have "enough" bags to collect the pet's excrement on an outing was "insane".

Owners of highly valued beachfront properties have significantly encroached on the public’s right to access beaches by extending the edge of their ...
News
2 years ago

"The vague language [used in the proposal] is a minefield. How will it ever work in court?" she asked. "How can they use words like 'indecent', 'improper'. What are the definitions? Is a lady wearing a thong indecent? It's totally subjective."

She also questioned how, in the context of public participation, Capetonians without internet access would come to hear about the new laws.

She said a disturbing proposal in the document was a clause suggesting that debt consolidation from fines issued on beaches could ultimately be claimed from deposits made into prepaid electricity meters.

"If you fall behind, they consolidate your debt and they remove it from your prepaid electricity meter," she said. "This credit control policy and the debt collection policy has existed since 2006."

Stop COCT - comprising activists aiming to "diligently" hold the city accountable - was founded in 2017 to fight a drought levy.

The city's alderman Marian Nieuwoudt said on Thursday that prosecution guidelines were still being finalised around the proposed bylaw.

"We are in the middle of a public-participation process, so there is still time for people to provide their views on the proposal. The standout issues are encroachment of private properties on to public space, addressing our own infrastructure and adapting to climate change.

"We do not have enough law enforcement to listen in on everyone's conversation, so the chances of you being fined for swearing is not very high."

She said in order to create a "full definition" for terms labelled as "vague" and "subjective", the courts would have to be tested but conceded that this could be a long and frustrating process.

"You define the behaviour, then it is tested in court," she said. "What is acceptable differs from group to group so it is not for law enforcement to decide."

She stressed that the idea behind prohibiting swearing was not to condemn all swear words but to ensure that derogatory or abusive terms were vanquished from the beaches in the Cape.

"We want to ensure the cleanliness and safety of the beach and unlock the potential of the 307km stretch of land. But we need to manage it. We want to make sure that we can manage the conflict between the various groups of people going to the beaches."

The bylaw has been called "anti-poor" by critics but Nieuwoudt said that, on the contrary, the idea was to make the beaches more inclusive.

"We want our law enforcement to act on behavioural issues. The purpose is to create the most enjoyable environment for everyone," she said.

Tourism, and the jobs that come with it, cannot grow without safety and security

Millions around the world see SA as a destination of choice for rest and recreation. Upon their arrival they are greeted by smiling faces and they ...
Opinion & Analysis
2 years ago