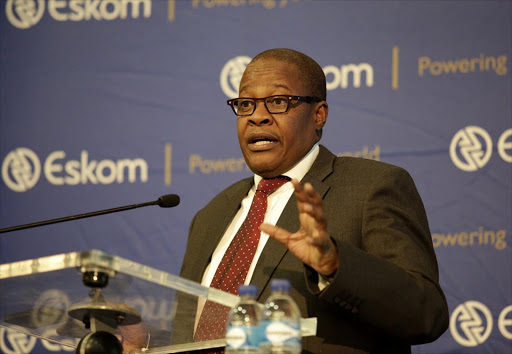 Former Eskom CEO Brian Molefe has paid a fraction of the R708,000 he owes trade union Solidarity for a costs order made against him.

Solidarity said on Friday it would continue with its efforts to attach property belonging to Molefe, who on Thursday paid R100,000 into Solidarity’s bank account.

The costs order was obtained in the high court, where Solidarity challenged Molefe’s R30m pension payout from Eskom.

“Mr Molefe paid R100,000 into our bank account yesterday. So there is still approximately R608,000 outstanding. We have given urgent instructions to the sheriff to proceed with the warrant of execution,” Solidarity’s head of legal services, Anton van der Bijl, said.

Last week, Molefe wrote to Solidarity asking for 30 days to repay the costs, but the union refused and gave him a week.

Solidarity is being helped by lobby group AfriForum’s private prosecution unit, headed by Gerrie Nel, in a bid to hold Molefe criminally responsible for his pension payout.

Molefe failed earlier this month in a bid before the Constitutional Court to appeal against a decision that he pay back R10m of the R30m pension money allocated to him by the power utility.

Former Eskom CEO Brian Molefe should expect a knock on the door from the sheriff of the court, says trade union Solidarity.
News
3 years ago

Former Eskom CEO Brian Molefe has 24 hours left to pay Solidarity the R708,102 he owes for a legal costs order made against him.
News
2 years ago