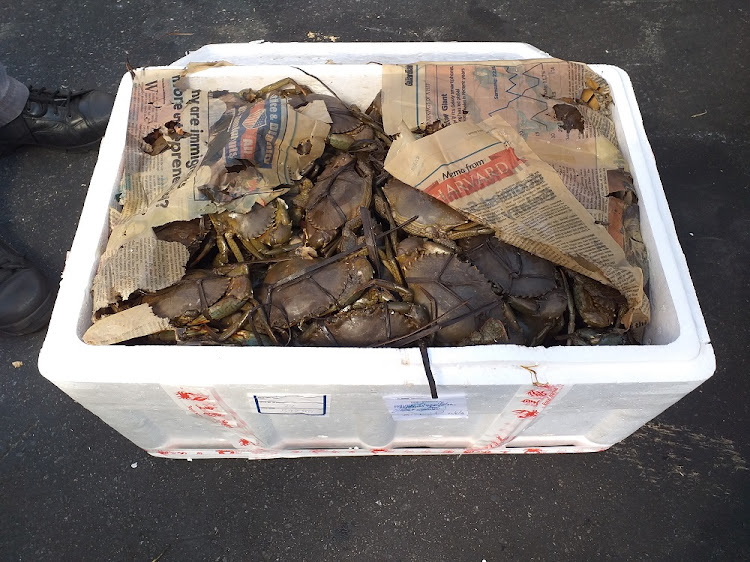 Approximately 5,300 crabs were incorrectly transported and then left to die at the cargo section of OR Tambo airport, the NSPCA says.
Image: NSPCA

Live crabs became an unwitting casualty of Hong Kong's political protests, as a result of the treatment meted out to them at Johannesburg's OR Tambo International Airport.

Animals are not perishable cargo, the National Council of SPCAs stressed.

Its staff were alerted to a shipment of approximately 5,300 crabs, dead or in too poor a condition to be saved, after being infested with maggots.

The live crustaceans had been left in the sun for nine days in the cargo area of the airport, "without even the provision of food and water", said the NSPCA.

The crabs had arrived from Mozambique on August 11 and were destined for Hong Kong, "but due to the unrest there, the flight had been cancelled and the crabs were forgotten about".

The company that sent the crabs had also not adhered to International Air Transport Association (IATA) Regulations and had packaged and restrained them in an inhumane manner, said the NSPCA.

"The cargo facility had then left these creatures in the sun – also disregarding the IATA regulations."

The NSPCA was only alerted on August 20.

Arno de Klerk, manager of the NSPCA’s Special Projects Unit, said: "It is disheartening that these living creatures would be treated so horrifically and that the attitude towards crabs is that of ‘perishable cargo’ as opposed to live animals."

The NSPCA said: "More than half of the crabs were still alive and had to be euthanised due to the shocking condition that they were in."

The investigation is ongoing.

Vocal activists proclaimed their abhorrence of live animal exports at the Abbotsford off-ramp to the N2 yesterday as thousands of cattle and goats ...
News
5 years ago

The export of live animals by sea from South Africa for slaughter continues‚ and contraventions of existing legislation had recently resulted in ...
News
5 years ago
Next Article