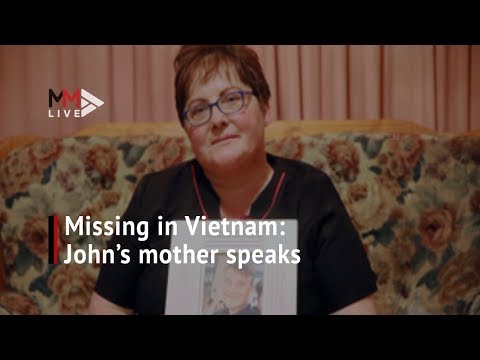 For more than three months, Colleen Bothma has been living in suspense and anguish, wondering if her son, John Bothma, will ever be found.

John went missing on May 15 while working as a teacher in Vietnam. He is one of at least two South Africans missing in the Asian country, with fears that they may have been victims of organ trafficking.

Since Colleen's husband died 10 years ago, John has been the light of her life. Now she fears that light has gone out, forever.

In an interview with TimesLIVE, her eyes well up with tears as she describes a free-spirited, adventurous boy.

“Despite the heartsore of him leaving, I told him to live the life he deserves as we parted ways at the airport,” she says.

Colleen, a mother completely devoted to her son, also raised concern over John's girlfriend, who she only became aware of after his disappearance.

“I just want to hold my boy, and we’d always discussed eating all the foods from Vietnam that he wanted me to try,” she said.

Colleen, a full-time nurse, works as much overtime as possible, hoping to save enough money to travel to Vietnam, at least to experience what her son did.