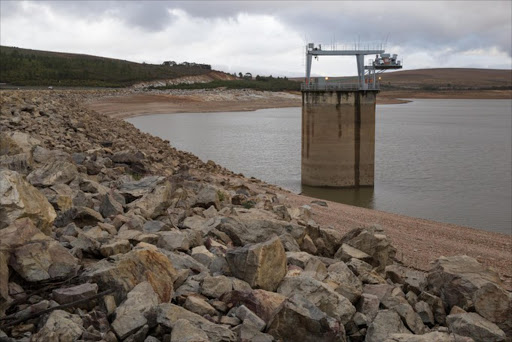 Theewaterskloof Dam during the recent severe drought in the Western Cape. Levels have much improved but residents have been urged to use water responsibly as winter draws to an end.
Image: Ashraf Hendricks/GroundUp

According to the department of local government, environmental affairs and development planning, the average dam level for the province is 65.7%. Last week, the figure was 65.9%.

Department MEC Anton Bredell welcomed the good rainfall that the province has seen to date, but urged caution as the end of winter draws near.

“The Western Cape is a winter rainfall area and we get the bulk of our rainfall largely in the months up to the end of August. While we have seen a massive improvement in dam levels around the province over the past few weeks, we can never be comfortable enough. We want to urge continued responsible water usage,” Bredell said.

He said the province continued to implement “multiple” measures to ensure greater water security. These include clearing out alien vegetation in the catchment areas.

“Some of CapeNature’s studies show alien clearing in the catchments in the upper Berg River, releases up to 26.5 million cubic metres of additional water per year into the Western Cape river system. The work will continue despite continued budget cuts from national treasury hampering efforts.”

In the Karoo region of the province, however, the average dam level is still below 25%.
News
2 years ago

Last year Cape Town residents were coming to terms with having to queue for water rations. Those days seem a distant memory now, with news that dams ...
News
2 years ago