WATCH | Cash-in-transit robber, who was an international MMA fighter, dies after botched heist 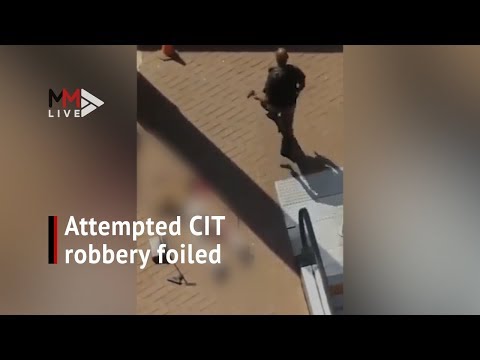 A cash-in-transit robber who was killed alongside one of his accomplices during an attempted heist in KwaMashu, north of Durban, on Monday, has been identified as a renowned South African mixed martial arts fighter.

Just four days after he turned 34, Sbonelo Khuboni, fondly known as “Ceeh” among friends and “Destroyer” among his opponents, attempted to rob — along with six other men — an SBV team at the Bridge City Mall in KwaMashu.

Provincial Hawks spokesperson Simphiwe Mhlongo confirmed to TimesLIVE that Khuboni and Mxolisi Mntungwa had been identified as the suspects who were shot in the botched robbery.

Images of Khuboni have been strewn across social media, with members of the public in his corner offering condolences, while others haven't been so kind, suggesting that the fighter got what he deserved.

Image: Facebook/Sboh Ceeh Khuboni Sbonelo 'Ceeh' Khuboni, an international MMA fighter from SA, has been identified as one of the two cash-in-transit robbers who were shot dead in Durban on Monday.

After a shoot-out, in which Khuboni and Mntungwa were shot and an SBV guard injured, the remaining five suspects fled the scene in a white Toyota Quantum.

SBV said their guard was recovering in hospital and confirmed that no cash had been taken.

“SBV does not tolerate any violence, crime and threats to human lives. We will tirelessly persist in our efforts to mitigate cash-in-transit (CIT) crime and together with the authorities and the CIT industry, we will ensure that the perpetrators involved in CIT attacks are brought to justice,” said CEO Mark Barrett.

Extreme Fighting Championship (EFC) flyweight fighter, Martin “The Diamond” de Beer, said he was shocked when he learnt that “Ceeh” was involved in criminal activities.

De Beer said he had faced Khuboni, affiliated with Muay Thai MMA Boys, three times during his career and had developed a close relationship with him.

“He was a dangerous person in the ring — a hard guy. When I was matched up against him for the third time I knew it was going to be a tough fight.”

“After our second fight we became friends — he was a cool guy. He even came down to train with me when I was based in Richards Bay. When I saw the pics of him circulating on social media I was shocked,” he said.

An old roommate of Khuboni, who did not want to be named, said he felt the MMA fighter had been trying to make a quick buck.

“I think he was trying to make some quick money, get in and get out. The problem with the criminal underworld is that it's hard to get out of once you get a taste of it,” he said.

Meanwhile Mhlongo said the Hawks had taken note of a video circulating which shows a man — who appears to be a security guard — firing two rounds into the immobile body of a man believed to be Mntungwa, who is face down on the ground, shortly after the incident.

It is unclear whether Mntungwa was already dead at the time the shots were fired.

Mhlongo said the authenticity of the video is yet to be determined, but they could not rule out the possibility that it was murder.

SAPS spokesperson Brig Vish Naidoo said the police viewed the video in a “very serious” light and it would be subject to investigation.

If authenticated, it is understood that the man could face a murder charge if Mntungwa wasn't dead when the shots were fired, or face a charge of violation of a dead body.