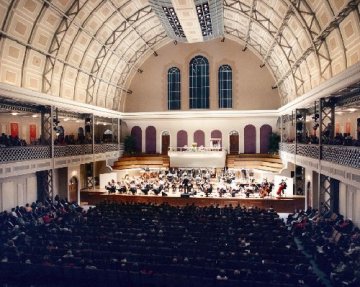 The historic Feather Market Centre in Port Elizabeth will be the venue of a memorial service for Gavin Watson, according to an employee at the centre.
Image: Nelson Bay Bay Tourism

A memorial service for Bosasa boss Gavin Watson, who died in a high-speed crash near OR Tambo International Airport, will be held in Port Elizabeth on Tuesday, a source has told TimesLIVE

The Watson family's hometown memorial will follow a service on Friday at the Little Falls Christian Centre in Roodepoort.

The 71-year-old businessman, deeply implicated in state capture, died when his company car slammed into a bridge stanchion on Monday morning.

It is understood the memorial service will be held at Port Elizabeth’s Feather Market Centre.

An employee at the centre confirmed that the memorial was scheduled for 11am.

“Other media reports have it as Wednesday, but I can definitely tell you that it will be held here [Port Elizabeth] on Tuesday,” she said, refusing to identify herself.

According to its website, the venue can accommodate more than 1,000 people.

The Bosasa group won lucrative government tenders and was later deeply implicated during testimony at the inquiry into state capture. The company was also linked to a R500,000 donation to the CR17 election campaign.

The police investigation into the death of Bosasa boss Gavin Watson is centred on the whereabouts of his cellphone and the speedometer of his wrecked ...
News
2 years ago

Gavin Watson memorial: 'My life was about people, purpose and passion'

A memorial service for former Bosasa boss Gavin Watson will be held in Johannesburg on Friday.
News
2 years ago