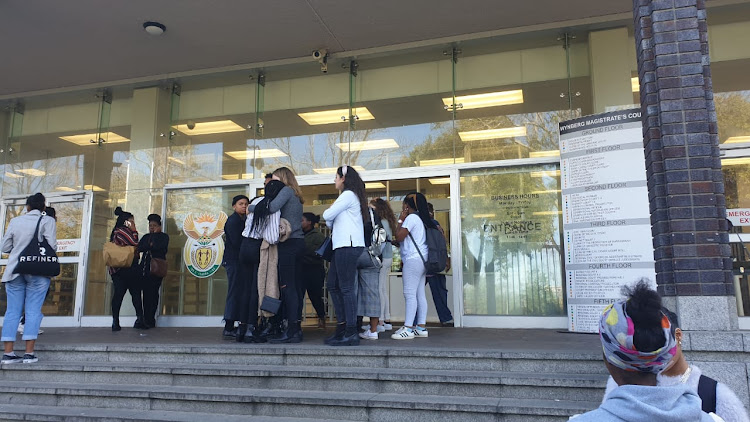 Friends and family of Uyinene Mrwetyana embrace outside court on Monday, where a post office worker appeared in connection with her death.
Image: Dan Meyer

A 42-year-old man arrested in connection with the disappearance of UCT student Uyinene Mrwetyana faced charges of rape, murder and defeating the ends of justice on Monday.

Uyinene Mrwetyana was reported missing a week ago.
Image: SUPPLIED

Mrwetyana disappeared more than a week ago. Three private investigators joined police in an extensive search for the first year film and media student, along with distraught friends and fellow students.

Shocked friends attending the man's first appearance at the Wynberg magistrate’s court discovered that the suspect, who cannot be named as he must attend an identity parade, was an employee at a post office - one of the places she was last seen alive.

The state alleged he had bludgeoned Mrwetyana with a scale after luring her inside inside the post office. She had allegedly fought back but was knocked unconscious.

As Mrwetyana’s friends sat in court, waiting to see the man for the first time, hopeful remarks could be overheard, with some saying they “had a feeling” they would see her again.

But their hopes were dashed when prosecutor Nomnikelo Konisi revealed that the suspect was accused of murder, rape and defeating the ends of justice.

Gasps rang out as their worst fears were confirmed.

Konisi went on to detail the events of August 24, saying the 19-year-old was lured into the Clareinch post office, then raped and killed. 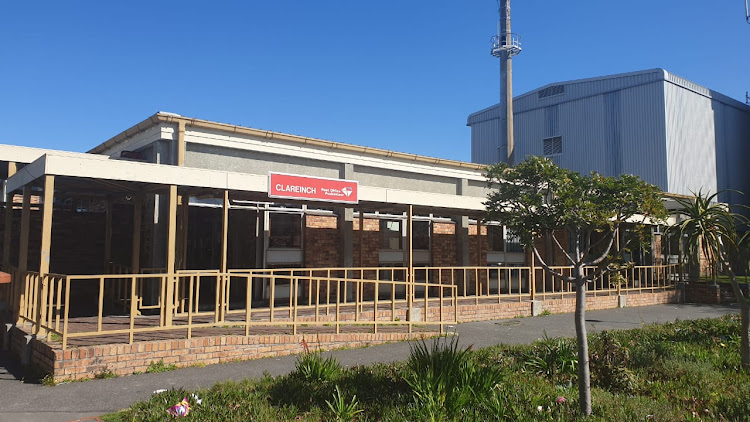 The Clareinch post office in Cape Town, where the UCT student was raped and killed.
Image: Dan Meyer

Mrwetyana had tried to collect a parcel there shortly after 2pm, the court heard, but was told to come back later as the power was off. When she returned, the accused was there alone.

He allegedly invited her in under the auspices of being helpful, but then locked them inside and proceeded to assault her.

Police said on Saturday that an unidentified body had been discovered in Khayelitsha. DNA tests were being done to verify the identity of the person.

Konisi said blood was found inside the post office and the man’s car. The prosecution asked for a window before his next appearance to continue the investigation. The state said it would oppose bail.

The prosecutor said the man had allegedly confessed to the crime and indicated to investigators where a body was hidden.

UCT student Uyinene Mrwetyana was raped and killed, prosecutors confirmed. Friends gasped in horror inside the court as the charge sheet was read for a 42 year old man who works at the Clareinch post office where she was last seen. He has confessed to the crimes. @TimesLIVE pic.twitter.com/9FGS7VnD5e

The accused stood in the dock, wearing a brown jacket, and looked around, grinning slightly. Furious people in the public gallery could barely contain their anger.

“You pig,” yelled one man as the accused descended the stairs to the cells. He said he was there to see justice being done as he had a 13-year-old daughter and feared for her safety.

While he sobbed, he said there was “no hope for women in South Africa”.

Mrwetyana’s friends embraced one another and sobbed inconsolably at the end of proceedings.

The family were unavailable to comment, but an aunt at court said they met on Sunday evening and were told by Mrwetyana’s father to “remain calm” and avoid speaking to the public.

The case was postponed to November 5.

Man arrested in connection with disappearance of Uyinene Mrwetyana

A 42-year-old man has been arrested in connection with the disappearance of UCT student Uyinene Mrwetyana.
News
2 years ago

As the search for missing UCT student Uyinene Mrwetyana enters it's fourth day, the family has enlisted the services of private investigator Noel ...
News
2 years ago

Friends, peers and faculty members congregated at UCT on Wednesday night, clasping candles while their songs carried down the Jameson Hall steps as ...
News
2 years ago