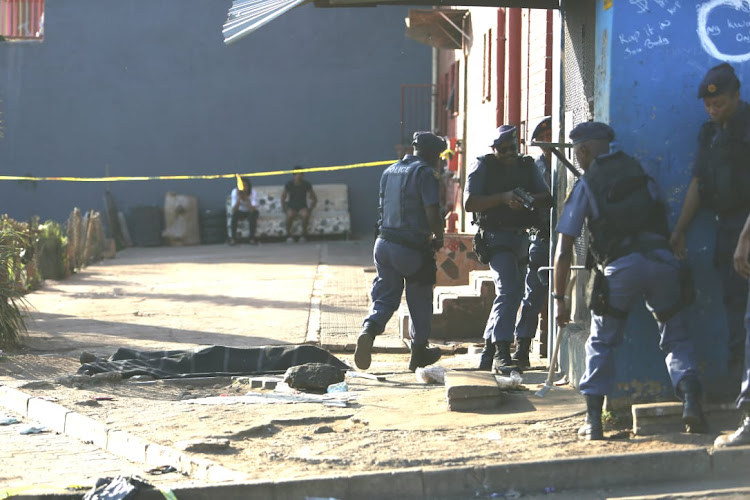 Police stand watch over the body of a South African man who was shot dead in Coronationville, Johannesburg, on September 3 2019. Another South African was killed about 1km away.
Image: Alon Skuy

Two South Africans were shot dead in Johannesburg on Tuesday afternoon, as violent clashes continued in the city.

Gauteng premier David Makhura hurriedly left a meeting with police minister Bheki Cele and people affected by the recent violence, which had seen shops looted and property destroyed since the weekend.

Makhura's spokesperson Vuyo Mhaga told TimesLIVE that two men were killed about 1km apart in Coronationville on Tuesday afternoon. Both were South Africans, he said.

He said that preliminary reports were that the killings were linked to looting of shops in the area - "and people will have then opened fire" in return. This would be verified by police, he said.

He said that at least three people had been arrested, including a foreign national. One of those arrested was found with an illegal firearm. Eyewitnesses had also given statements to police, he added.

"The premier [Makhura] had to go there to calm the community and prevent a flare-up of more violence, and also to see the families who lost their loved ones," said Mhaga.

When contacted by TimesLIVE, the police confirmed they were busy working on a statement.