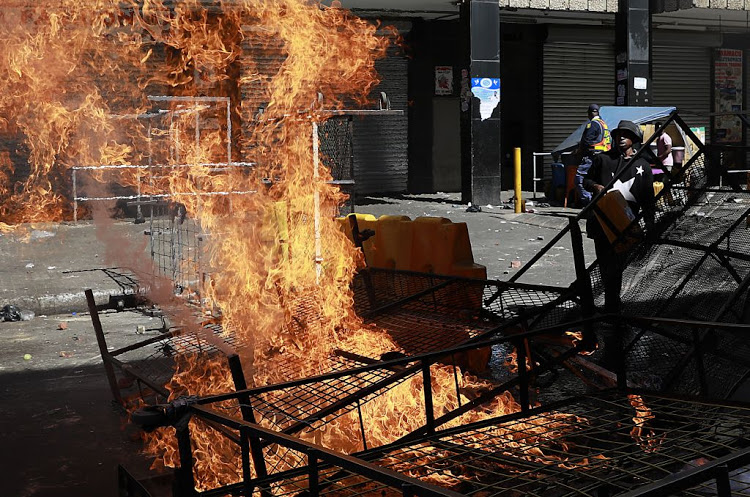 A foreign national adds flames to a fire in the CBD, after a foreign owned shop was looted on September 2 2019. The foreign community gathered weapons for protection.
Image: Alon Skuy

Police minister Bheki Cele has vowed to bring in reinforcements as mobs targeting foreigners spilled on to Johannesburg streets in a wave of violence similar to that which hit Pretoria last week.

One man was shot in the head on Monday, after three people died in a blaze in a hijacked building on Sunday - the day the looters began their rampage in the CBD, metro police said.