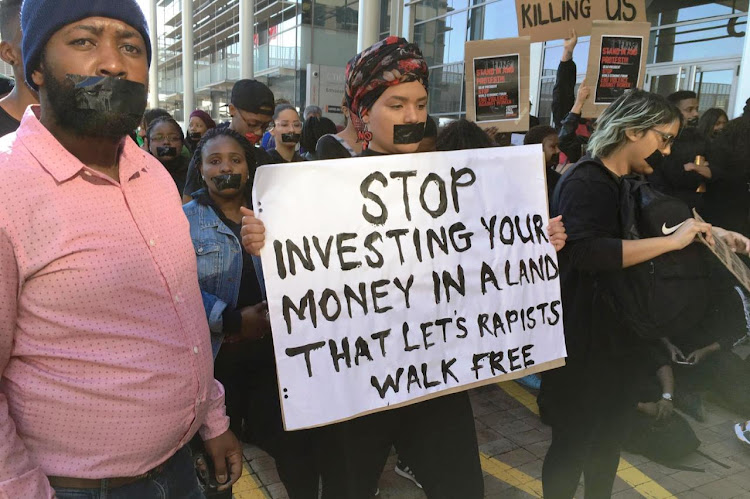 Protesters gathered outside parliament and at the first session of the World Economic Forum (WEF) Africa in Cape Town on Wednesday as part of the national uprising against gender-based violence.

Many of those at parliament were from the University of Cape Town (UCT), where 19-year-old Uyinene Mrwetyana was a first-year student before her murder last week.

"It's time for a total shutdown," said student Emily Shay. "It was Women's Month [in August], but it was a bloody nightmare."

Classes at UCT were suspended on Wednesday to allow students and staff to take part in a series of events combining mourning and activisim.

Vice-chancellor Mamokgethi Phakeng said: "We are hoping that students and staff will, as a community, come together to participate in the events that have been planned."

After the picket at the gates of parliament, mourners were expected to gather for a memorial service on the steps in front of Sarah Baartman Hall, on UCT's upper campus, followed by a staff and student assembly. 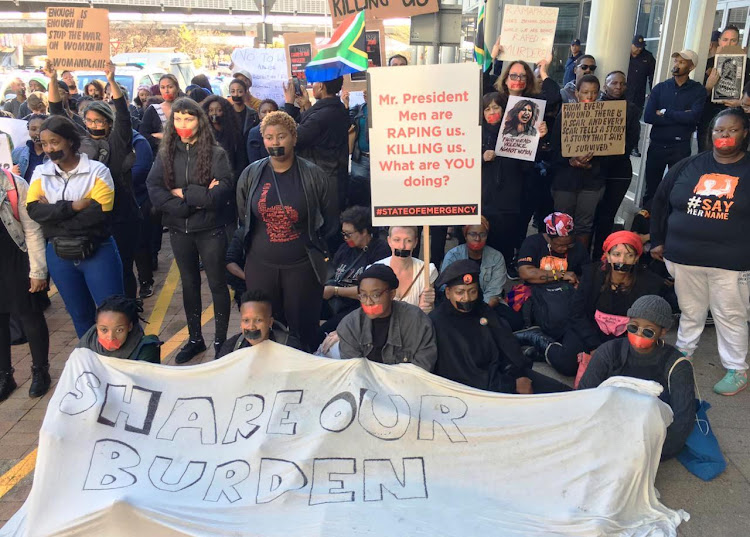 The group of protesters outside WEF Africa was smaller and they were closely monitored by a phalanx of police. Most of them had their mouths sealed with masking tape.

Mrwetyana was allegedly raped and killed by a clerk at Clareinch post office, near the UCT residence in Claremont where she lived.

Phakeng said: "We as the UCT executive have been inundated with messages of sadness, grief, anger and anxiety. We have also seen how members of our community are supporting each other, reaching out for help and holding each other during this painful moment."

A student outside parliament, Liam du Plessis, said men needed to confront their culpability for violence against women.

"There have been too many transgressions allowed on our watch," he said. 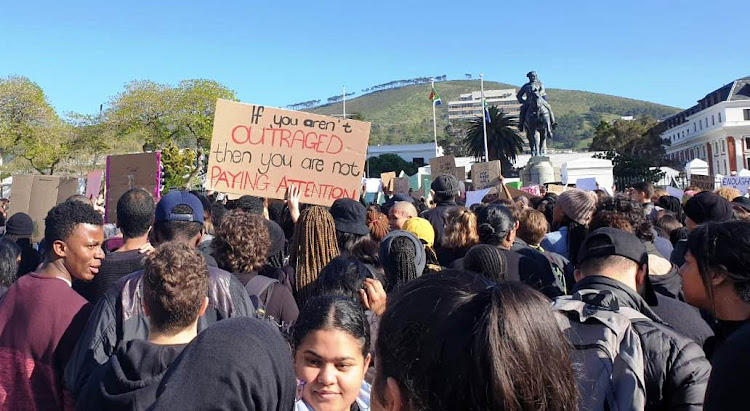 Kevin Boyce said: "It's reached a point where men need to stand up and make the noise, and stand up for women."

UCT students at the demonstration were joined by students from other universities and high schools.

Nicole Gammie, a teaching student, said change needed to begin in school classrooms. "We are going to change mindsets one classroom at a time, it's high time mindsets changed."

Danielle October said Mrwetyana's death had hit her hard. "Women are killed every day, but this was more painful," she said.

"It really could be any of us. We all go to post offices."

OPINION | Men, it is time to realise that we are all trash

We may not be the perpetrators but we can all make a change in our lives to be less trash.
TshisaLIVE
1 year ago

Boity slams government: 'You don't give a f**k about the women of this country'

Ntsiki also got tongues wagging for posting a nude to bring awareness of femicide.
TshisaLIVE
1 year ago

The home of Uyinene Mrwetyana's suspected killer was torched after a relative decided to rent it out, according to a Cape Town councillor.
News
1 year ago