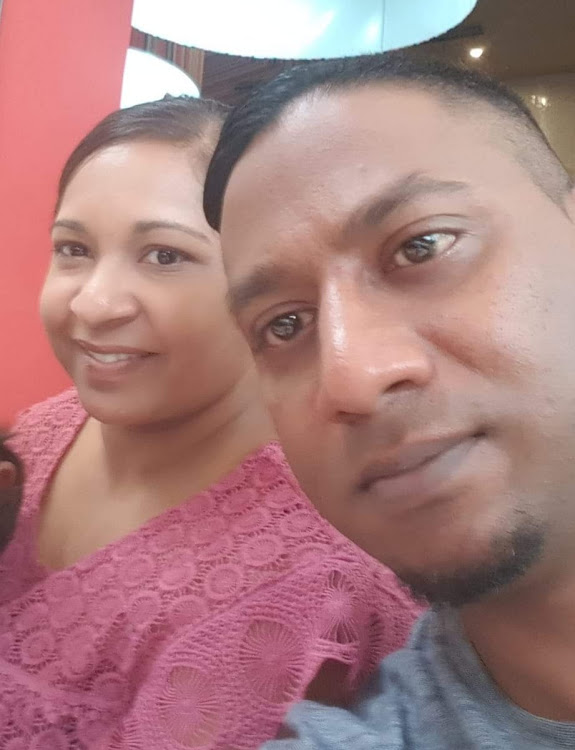 The estranged husband of a murdered Pietermaritzburg gym owner has been found dead.

Police launched a manhunt for Roland Pillay after his wife, Verusha Padayachee, 32, was found strangled in her Harrison Road home on Monday last week.

Pillay, who had a daughter with Padayachee, had been on the run since the gruesome death.

Her car was found abandoned a few days later in Hilton.

KwaZulu-Natal police spokesperson Col Thembeka Mbele confirmed that a man, who was on the run and wanted in connection with Padayachee's  death, was found dead at a Durban lodge on Wednesday.

She said the 35-year-old man booked into the lodge alone last Wednesday and was due to check out on Wednesday. “At about 10:20am the Indian male was found hanging in [a] room and certified [dead] by paramedics. A suicide note was found on the bed indicating his intentions of killing himself.”

In a Facebook post shortly after news of Pillay’s death surfaced on Wednesday, Padayachee’s brother Woshen wrote: "Please remember the baby [the couple’s daughter] has now lost a mum and a dad.

"Please think before we post any hatred. She may read this someday."

Padayachee said he wanted his sister to rest in peace.

"For me it doesn’t bring back my precious sister," he said.

A vehicle belonging to a woman, who was murdered in her Pietermaritzburg home, was recovered on Thursday night.
News
2 years ago

Police say they're closing in on Pietermaritzburg gym owner's killer

KZN police have launched a manhunt after a Pietermaritzburg woman was found dead in her home on Monday night.
News
2 years ago