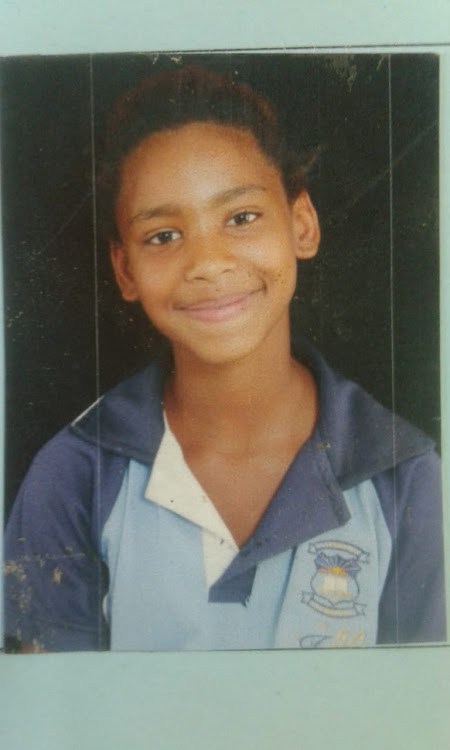 Hope. That's all that the community of Robertson in the Western Cape have after the disappearance of a 12-year-old girl.

The 12-year-old girl lives with her 81-year-old grandmother. Her mother died two years ago and her father, who also lives in Robertson, was not a present figure in her life.

Padiachy said her grandmother said she left the house at around 7pm on Friday to buy something at a local shop.

She never returned. Her grandmother opened a case at the police station on Monday.

Padiachy said the school was only informed about her disappearance on Tuesday.

"According to the grandmother she would sleep at a friend's house every now and then, but would return the following day. On this instance she never returned.

"The police have been looking at a lot of addresses and places, but without any success," he said.

He described her as a very spontaneous girl who was mature for her age.

"We are hoping that they find her. Her classmates are also hoping and praying for her safe return."

Schoolgirl, 12, left home to walk to shop - and vanished

Western Cape police are searching for a 12-year-old girl who went missing in Robertson this week.
News
2 years ago

The school held a prayer service for her on Wednesday morning.

Adams's neighbour, Ronaldo Gordon, told TimesLIVE that she would frequently visit their house for meals.

Gordon said two people in the area informed him that they last saw her just before 9pm at a nearby school on Friday.

"A few volunteers are going to go search for her later today. She is a very friendly and kind person.

"When she is at our house, she is a very disciplined girl."

Anyone with information regarding her whereabouts can contact Crime Stop on 086-001-0111.

The kidnappers of six-year-old schoolgirl Amy'Leigh de Jager outside a Vanderbijlpark primary school on Monday morning have made contact with her ...
News
2 years ago

An 18-year-old woman was arrested after snatching a toddler at Park Station this week, police said on Wednesday.
News
2 years ago

A man bust with hard drugs at an Umhlanga service station is also being charged with kidnapping, along with a co-accused.
News
2 years ago

Baby missing from Gauteng clinic is found, suspect under arrest

Police and health officials have traced a three-month-old boy who went missing from a clinic on Wednesday.
News
2 years ago