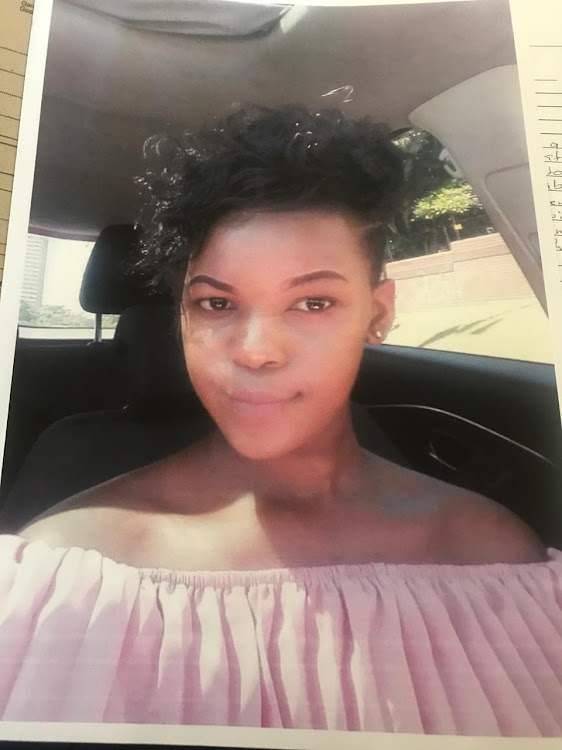 Sithembile Ncwane, from KwaDabeka, outside Durban is believed to have been kidnapped on Friday
Image: Supplied

A 23-year-old Durban woman disappeared minutes after texting her mother that she was being followed by a vehicle on Friday.

"It is alleged that the victim was walking along Khululeka drive when she texted her mother that there was a suspicious vehicle that was following her.

"She requested her mother to call her back after two minutes to check on her.

"When the mother phoned back, her cellphone was already off. Sithembile has not been seen since and despite a search that has been conducted, she has not been found," said Mbele.

A case of kidnapping has been opened.

Kidnap victim rescued during arrest of police impersonators in Ekurhuleni

A kidnap victim was rescued by Gauteng police while arresting four police impersonators after pouncing on a suspicious vehicle parked at a police ...
News
1 year ago

The community of Vanderbijlpark is shocked at the news that a teacher is among the suspects arrested in connection with the kidnapping of ...
News
1 year ago

Police in the Eastern Cape have issued a warning about false social media claims alleging that terrorist group Boko Haram is kidnapping children at ...
News
1 year ago